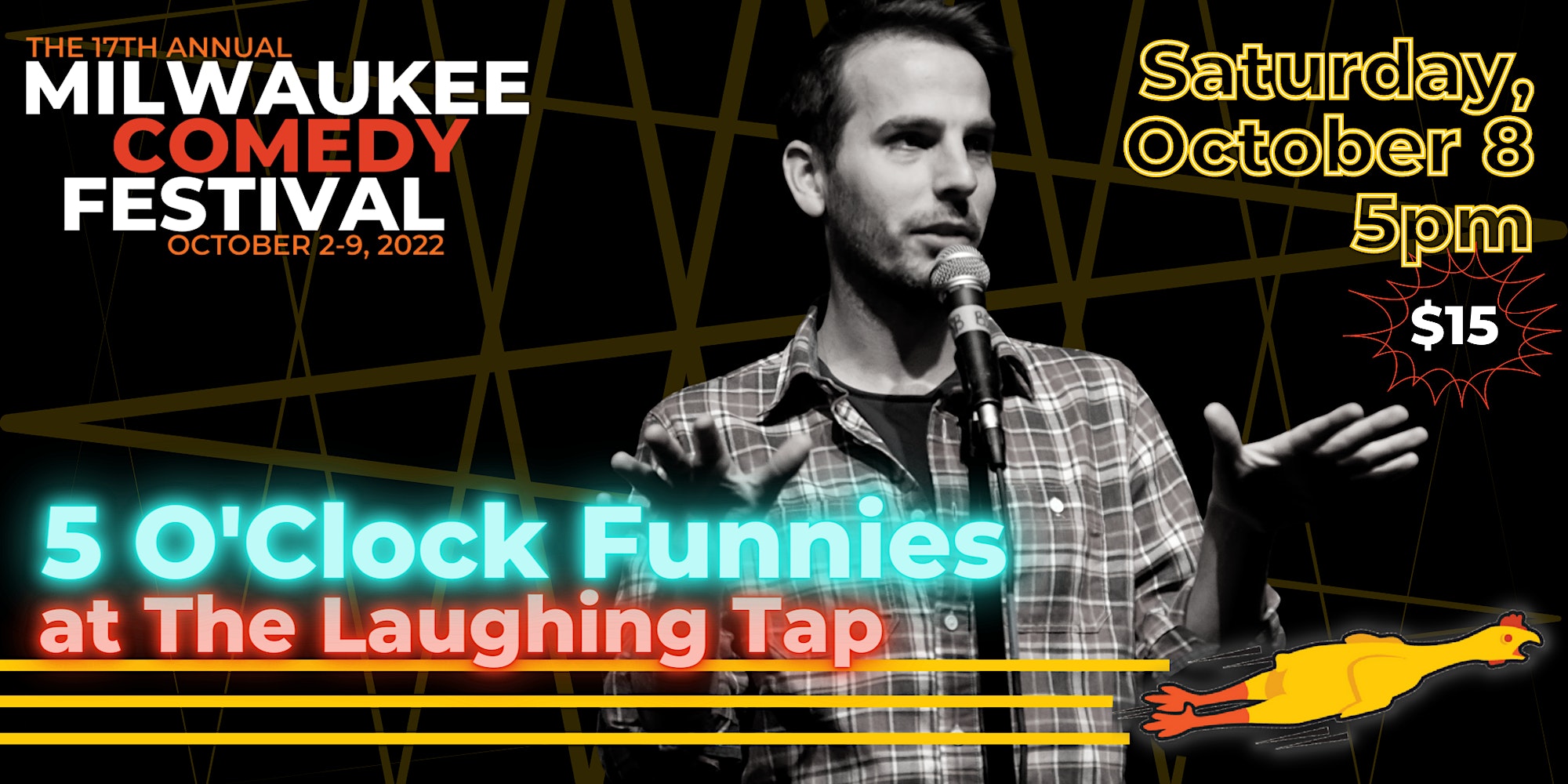 Just because it’s early, doesn’t mean you should miss this great comedy line-up!!

Don’t miss out on this one – the Saturday afternoon show is stacked with talent! The line up includes comics from near and far telling some fantastic jokes for your enjoyment. A great line up with comedy from all over the country – and the WORLD including host Carly Malison (Milwaukee), Sean Conway (Perth, AUS), Mike Hover (Chicago, IL), and headliner Chris Trani (Chicago, IL).

5 O’Clock Funnies at MCF!
Doors and bar open at 4:15pm, show starts at 5pm.
Sales are final. No refunds, exchange only.