Chastity Washington at The Laughing Tap! 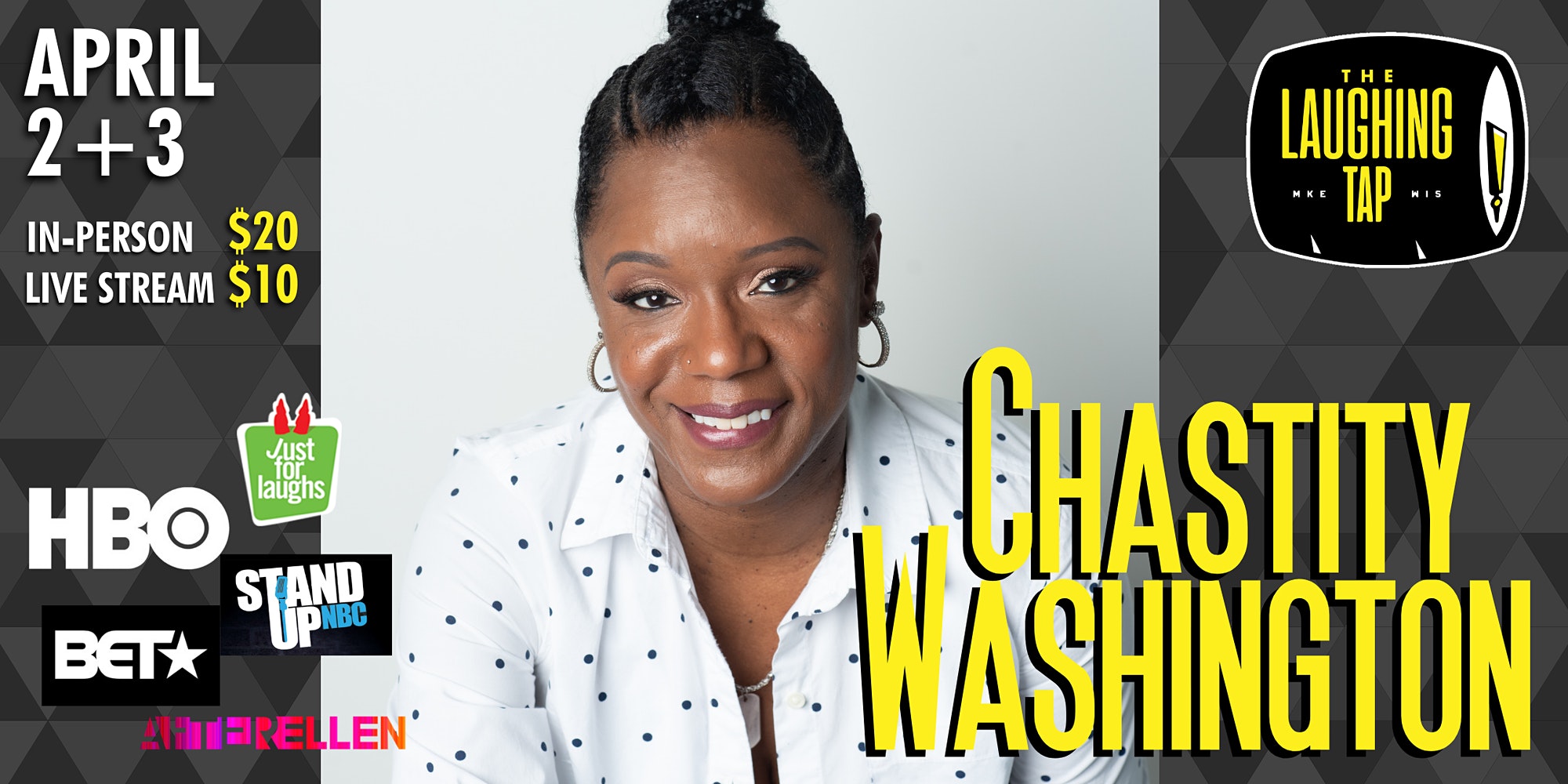 The Queen of Milwaukee Comedy returns to headline The Laughing Tap – in-person and live streaming!

Comedian Chastity Washington has a performance history over twenty years. In that time, she has performed in clubs & colleges across the nation, worked in radio and has been a middle high school teacher. She has appeared on BET Comic View and Coming to the Stage. Chastity has also been featured at The TBS Just for Laughs festival 2009-12 and was the only female finalist of The 2011 Bay Area Comedy competition. She has been featured at Jokes & Notes in Chicago, Milwaukee’s Comedy Cafe, Madison Comedy Week the Helium in Philadelphia, the Shaq Comedy All-Stars tour. Through 2013-14, she was named one of the 50 Hot Women of Comedy by AfterEllen.com, featured at the Montreal’ Just For Laughs Festival, appeared on a new season of BET’s Comic View, was NBC Diversity Finalist and a participant in the NBC college tour. 2015 brought an appearance on the Urban Movie channels Comedy Underground and a first place win at the ABFF HBO Comedy Wings competition. Most recently Chastity has taken part in the Tom Joyner Fantastic Voyage, was the 2018 Last Comic Sailing winner on Festival at Sea cruise and has 2 appearances at the Martha’s Vineyard Comedy Fest. She was also the winner of the Keenan Thompson NY Experience. She’s also Headlined Zanies Chicago and The Laughing Tap Milwaukee

Tickets are $20 in person with limited seating or Live Stream for only $10!

Live stream details! If you purchase the Live Stream the day of the show, the link will be included in your order confirmation email. Otherwise, it will be emailed to you ONE HOUR BEFORE SHOWTIME . The live stream show will start at 8pm CST (7:30pm start on Thursday). The camera will be on a few minutes early so you can get comfy!