Chastity Washington at The Laughing Tap 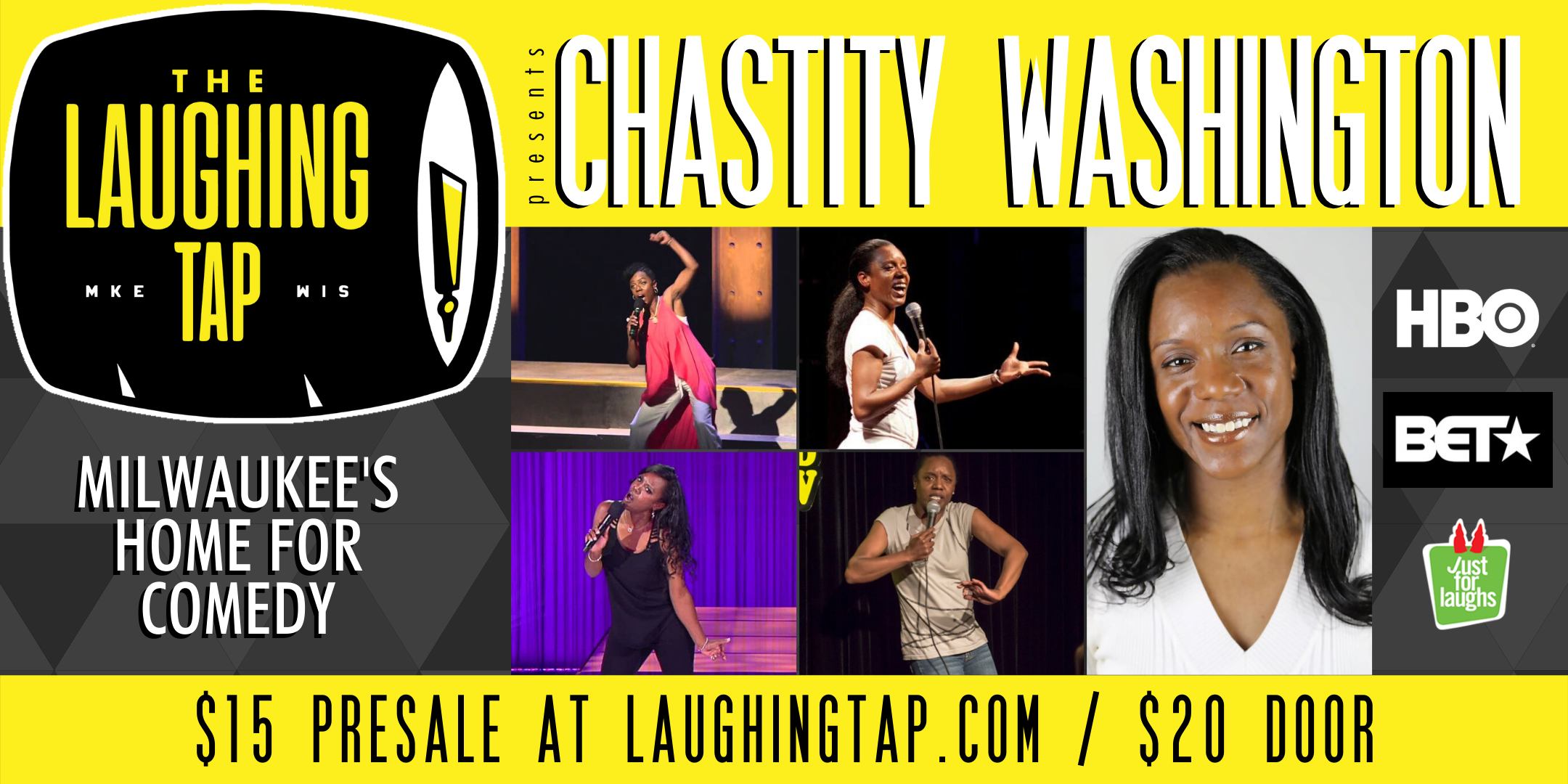 Comedian Chastity Washington has a performance history of nearly twenty years. In that time she has performed in clubs & colleges across the nation, worked in radio and has been a middle school and high school teacher. She has appeared on BET Comic View, Coming to the Stage & HBO Def Jam . Chastity has also been featured at the TBS Just For Laughs festival from 2009 to 2012 and was the only female finalist of the 2011 Bay Area Comedy competition. She has recently been featured at Jokes & Notes in Chicago, Milwaukee’s Comedy Cafe’, the LaffHouse in Philadelphia and the Milwaukee date of the Shaq Comedy All-Stars tour.