*SOLD OUT* Chris Fairbanks at The Laughing Tap 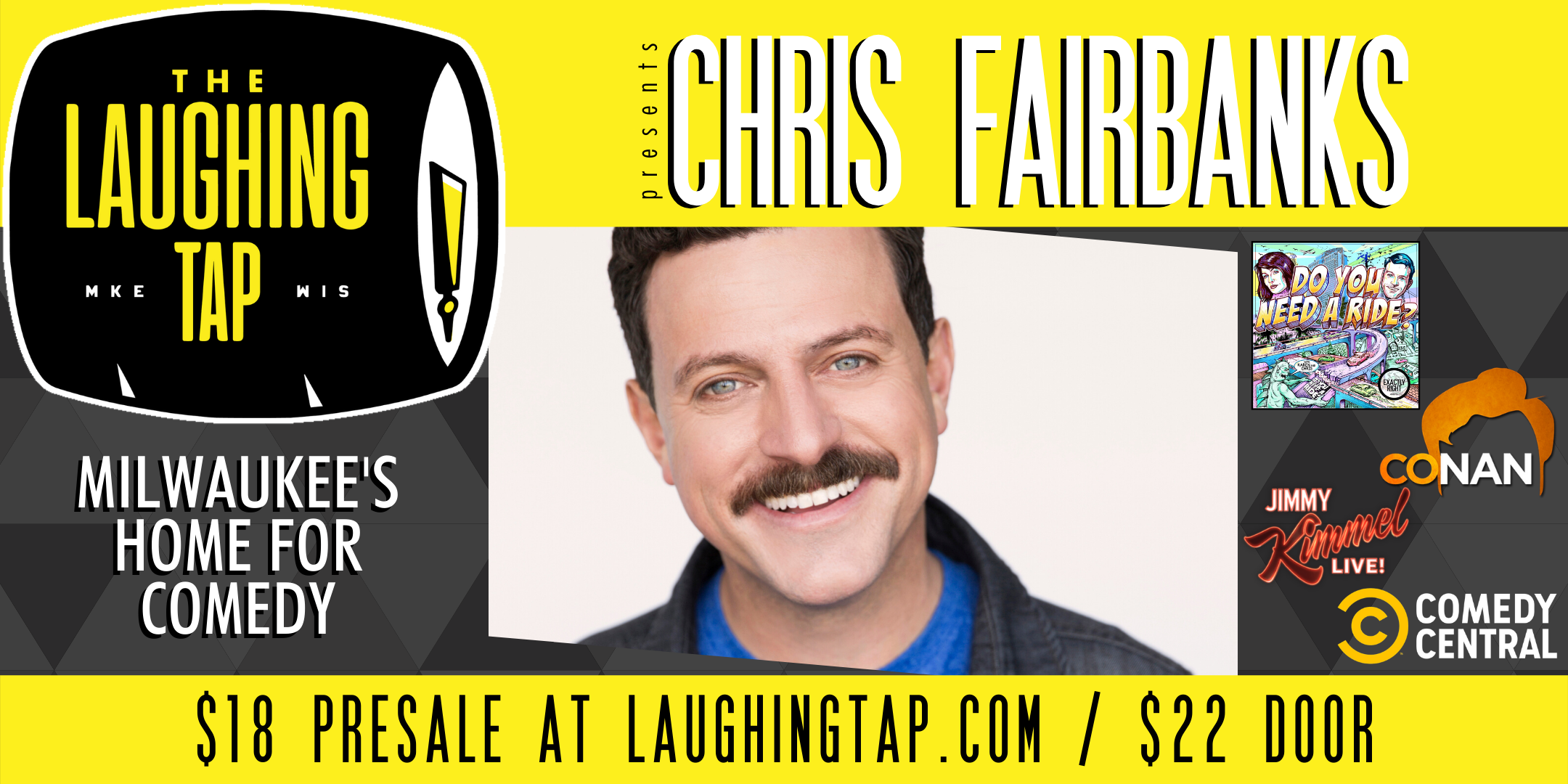 Chris Fairbanks headlines The Laughing Tap! This show is SOLD OUT and tickets are NOT AVAILABLE AT THE DOOR.

For TruTV, Chris was the host of “Almost Genius”, and director as well as cast member for “World’s Dumbest”. He’s been featured on @midnight, Fox TV’s Punchline, HBO’s ‘Crashing’, Amazon’s ‘One Mississippi’, Comedy Central’s ‘Corporate’ and the film ‘Punching Henry’ starring JK Simmons.

Chris’ comedy album, “Fairbanks!” was named one of Amazon MP3’s Top Ten. He also hosts the popular podcast, “Do You Need a Ride”, with “My Favorite Murder” host Karen Kilgariff, for her Exactly Right network. On it, they shuttle their guests to or from the airport, somewhat dangerously, in a ’08 Honda Accord mobile sound studio.