Dwight Simmons at The Laughing Tap 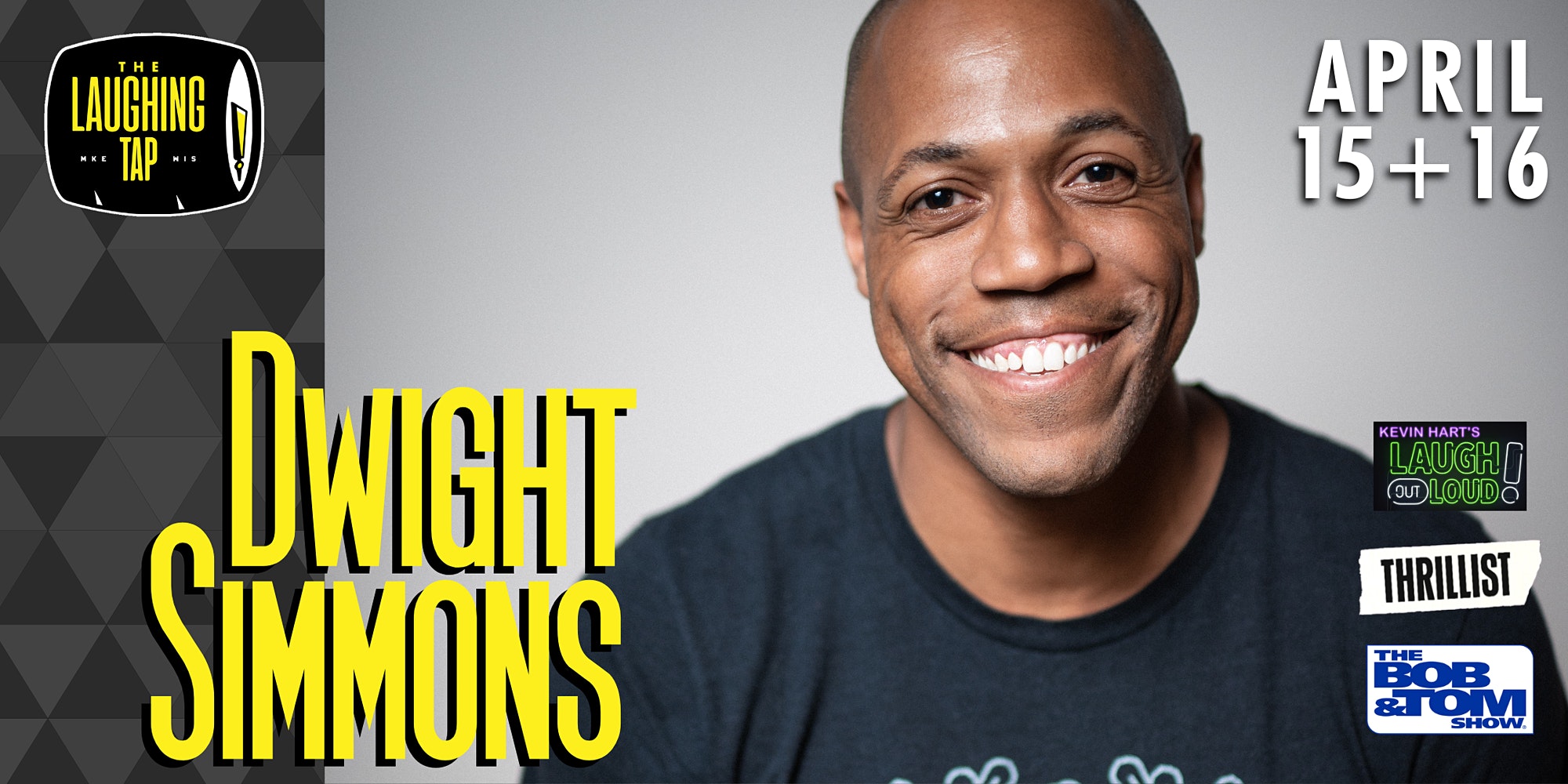 Dwight Simmons hails from Indianapolis and has done stand-up in nearly every state in the country. He started telling jokes while in school at Indiana University and immediately fell in love with it. In 2018, his self-produced album “Sip and Pass” reached #1 on the iTunes comedy charts, making it his second release to do so. In that same year, he was listed as Indiana’s selection for Thrillist’s 50 Best Undiscovered Comics in the country. This year, Dwight’s comedy has been featured on Kevin Hart’s LOL on Sirius XM and on the Bob and Tom show for which he is also a writer. He is a co-director of the prestigious Limestone Comedy Festival and the creator and host of the web-series BrewTube Comedy.

In-person tickets are $20. Seating is limited.
Doors and bar open at 7pm/ Show at 8pm

Covid Update: Milwaukee Comedy LLC no longer require proof of vaccination or negative COVID-19 test result to attend our shows.
Some performers may still require specific health and safety guidelines, so please check individual show pages on our website and Facebook page for updated information.
We will continue to follow health guidelines set by the Milwaukee Health Department and CDC.
Thank you for your continued support of live comedy!