Gavin Matts at The Laughing Tap 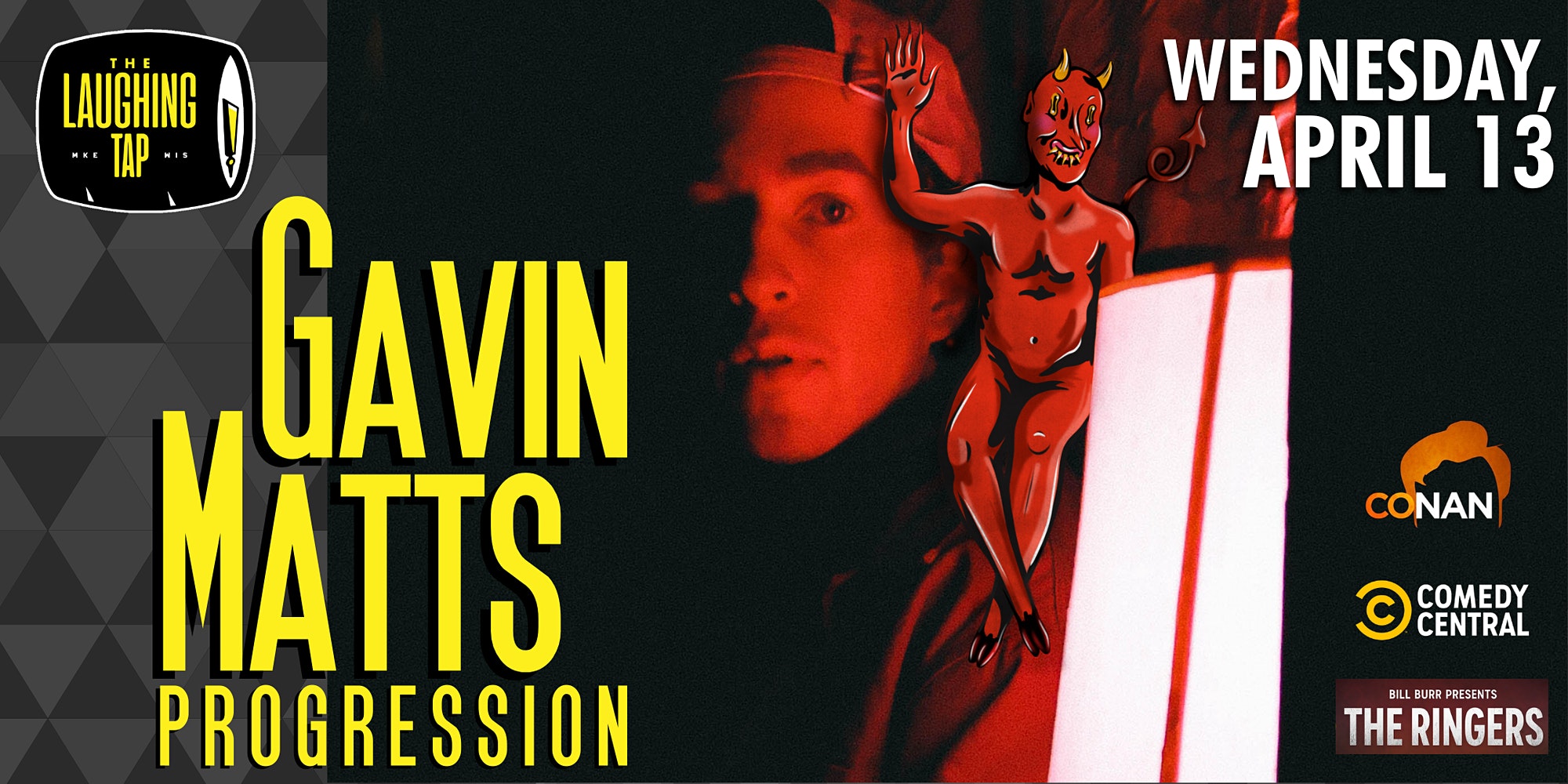 The very funny Gavin Matts returns to The Laughing Tap to run his hour before taping his “special” with All Things Comedy!

Originally from Vancouver BC, Gavin Matts is a New York based stand up comedian. In 2017, he was the youngest winner ever of Canada’s siriusXM Top Comic Competition. He’s been featured on Comedy Central multiple times, made his late night debut on CONAN in 2019, and was handpicked by Bill Burr to appear on his stand up showcase THE RINGERS on Comedy Central, where Bill said “he was the most unique act he’s seen coming up”.

Gavin has also made acting appearances in Ramy, Power Book 2, and the upcoming Jo Koy film ‘Easter Sunday’. His Short Film “Slice of Life”, dedicated to the gallery in Vancouver of the same name is currently making rounds on the festival circuit.

Covid Update: Milwaukee Comedy LLC no longer require proof of vaccination or negative COVID-19 test result to attend our shows.
Some performers may still require specific health and safety guidelines, so please check individual show pages on our website and Facebook page for updated information.
We will continue to follow health guidelines set by the Milwaukee Health Department and CDC.
Thank you for your continued support of live comedy!