James Hancock III and Eric Wielo at The Laughing Tap! 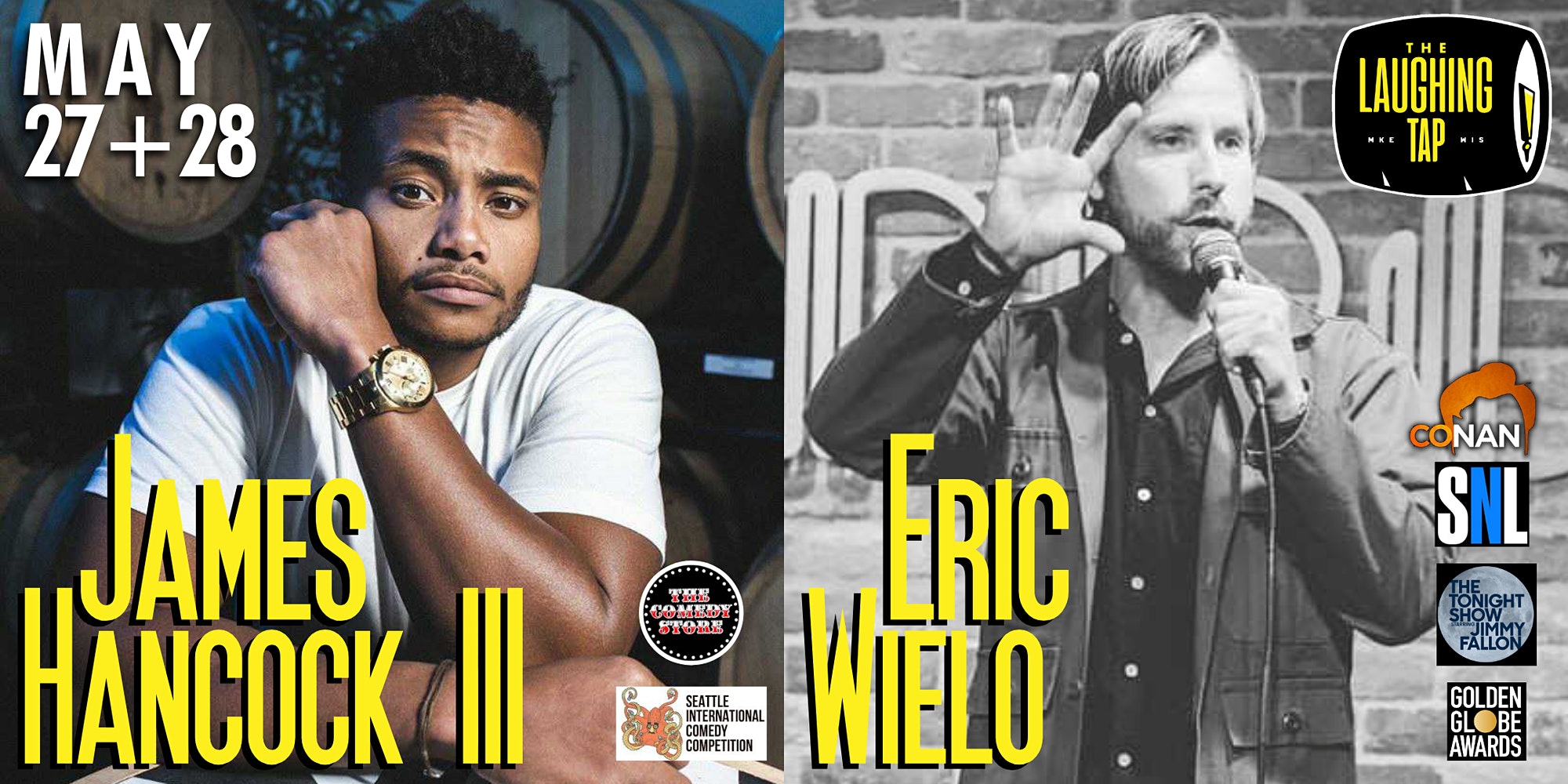 James Hancock III is an actor, comedian and host living in San Diego. He moved to California after 8 years of active duty service in the United States Air Force. In under 2 years time he’s been passed at the World famous comedy store, won 2nd place in the prestigious Seattle International Comedy Competition, and 1st place in the U.S comedy contest in L.A.

Eric Wielo is a Stand-up Comedian and writer. He’s been a member of the Conan O’Brien production staff for the past ten years and has helped to create over 1300 episodes of television. His TV credits include: Saturday Night Live, The Tonight Show with Jimmy Fallon. CONAN, The Tonight Show with Conan O’Brien, and the 75th Annual Golden Globe Awards. He was recently featured on the TBS sponsored mainstage at the New York Comedy Festival and is a proud graduate of The Second City Conservatory. He’s originally from Wisconsin and owns a dog you’ll probably hear about.