JC Coccoli at The Laughing Tap 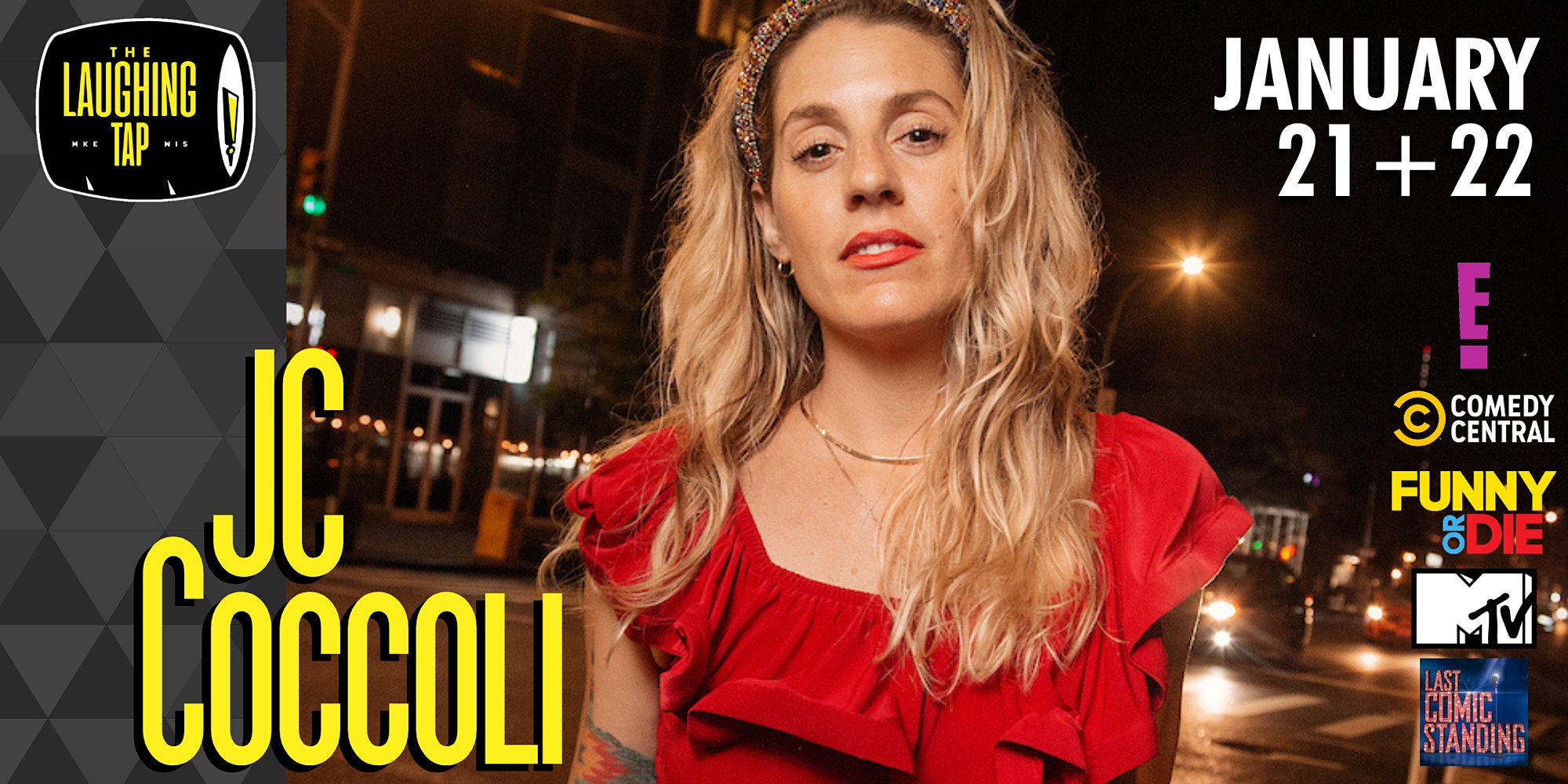 JC Coccoli is an American writer, producer, and comedienne. Her award-winning comedy pushes boundaries as it entertains with material that’s engaging, heartfelt, and cry-your-eyes-out funny.

Her TV background includes writing, producing and performing for Chelsea Lately on E!, Amazon Prime, HBOmax, Headspace Meditation App, Comedy Central, Comedy Dynamics, FunnyorDie, HULU, Maker Studios/Disney, Lifetime, MTV, and VH1. She was a final contestant on NBC’s Last Comic Standing and starred in the hit MTV sketch show, ‘Hey Girl’. She can be seen in Morgan Spurlock’s film “Mansome” and John Asher’s film “Tooken” a spoof on the popular franchise ‘Taken.’ In 2016, JC was the Supervising Producer of the live talk show: ‘Fashionably Late’, hosted by celebrity stylist Rachel Zoe. As of 2019, JC has performed on the high seas as a Headlining Comic-In-Residence aboard Carnival Cruise line.

Since 2011, JC has been a dedicated and passionate advocate for women’s rights, working alongside Gloria Steinem for EqualityNow.org as a producer and events consultant. She produced live red carpet events for three of Equality Now’s highest-profile galas, which raised over 1 million dollars in 2018.

Last fall, after driving cross-country in an electric car for the Amazon Prime docuseries ‘The New American Road Trip’, JC was asked to speak at the United Nations on climate change and the future of art. Now, she’s collaborating with the David Rockefeller Fund and O.B.B Sound to launch a comedy podcast about climate conscious living. On this new podcast, JC talks with notable comedians and experts about what they’re each doing to help fight climate change.

Ms. Coccoli, at heart, is a risk taker and feminist powerhouse with a work ethic and grit that do not disappoint. JC performs frequently in NYC, LA, and the world while remaining based in Pittsburgh.

The Laughing Tap requires proof of vaccination or a negative Covid test to attend our shows . This policy is for the safety of our guests, comics, and staff, and is inline with other venues in Milwaukee and NOT a political statement.