Jeanie Doogan at The Laughing Tap 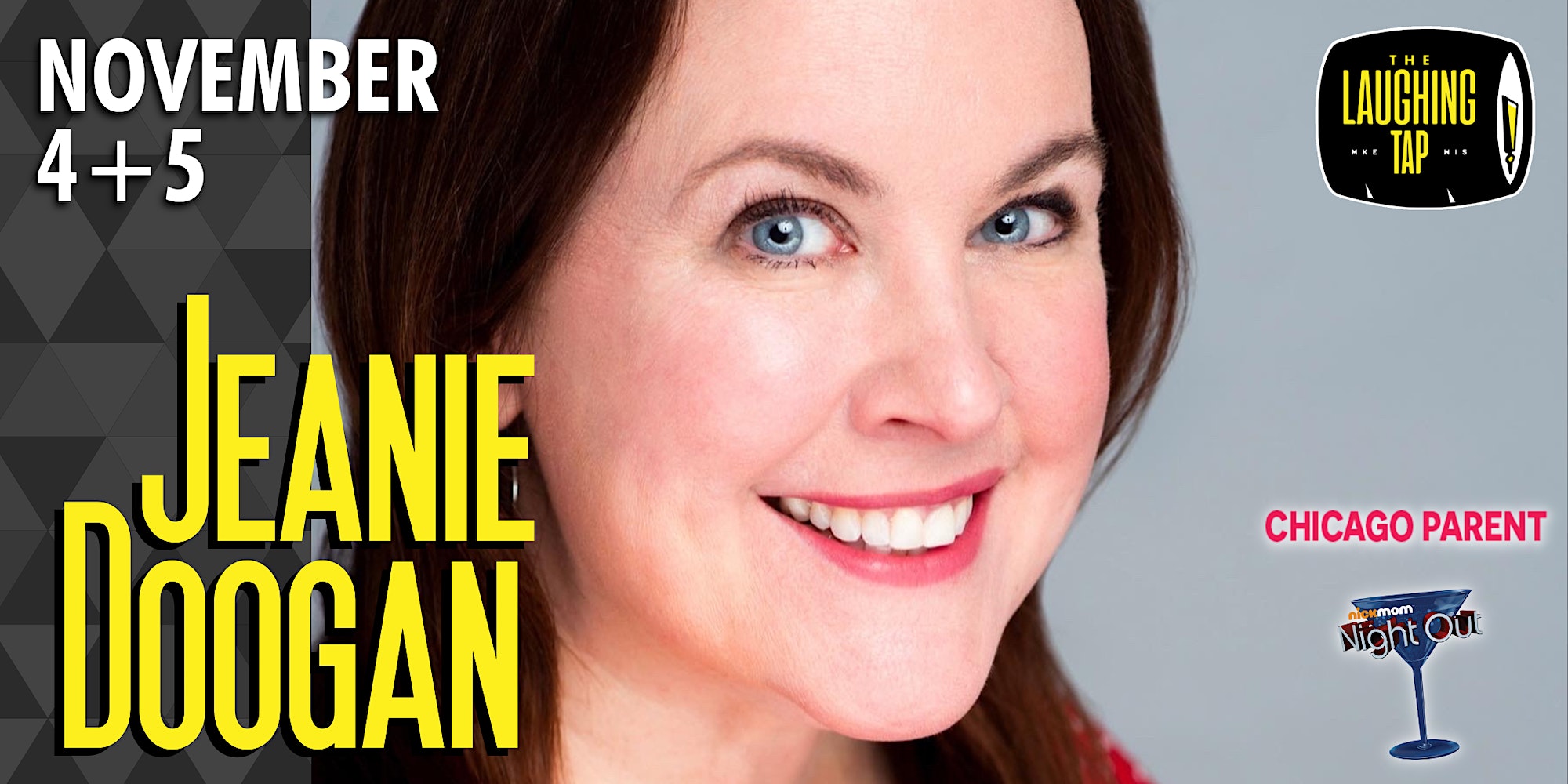 Milwaukee’s Home for Comedy is excited to welcome back headliner, Jeanie Doogan for a hilarious weekend!

Jeanie started her career at the tender age of five when she quickly learned that as the youngest of eight children she needed a hook if she ever wanted to be fed, bathed, or have her existence acknowledged in any way. Failing miserably at tap dancing, Irish dancing, gymnastics, and academics, she carved out her comedy niche with kick-ass knock-knock jokes and soon rose to fame at the family dinner table with such classics as: “knock-knock.” “knock-knock.” “knock-knock! Open the door! You left me outside again!” Since her kitchen table debut, Jeanie has entertained audiences at colleges, casinos, and corporate events, and is a regular at venues such as Zanies Comedy Clubs, The Laugh Factory, and The Comedy Bar. She was highlighted in Chicago Parents’ Magazine’s Four of Chicago’s Funniest: Stand Up Parents, and was featured on Nick Jr.’s Moms’ Night Out debut stand up special.

Jeanie has set herself apart with her quick observations and no-apology take on teaching, parenthood, and American culture. Her sharp wit draws on her experiences growing up on the South side of Chicago and 20 years as a public school teacher to deliver comedy that reaches audiences of all walks of life.