Johnny Beehner at The Laughing Tap 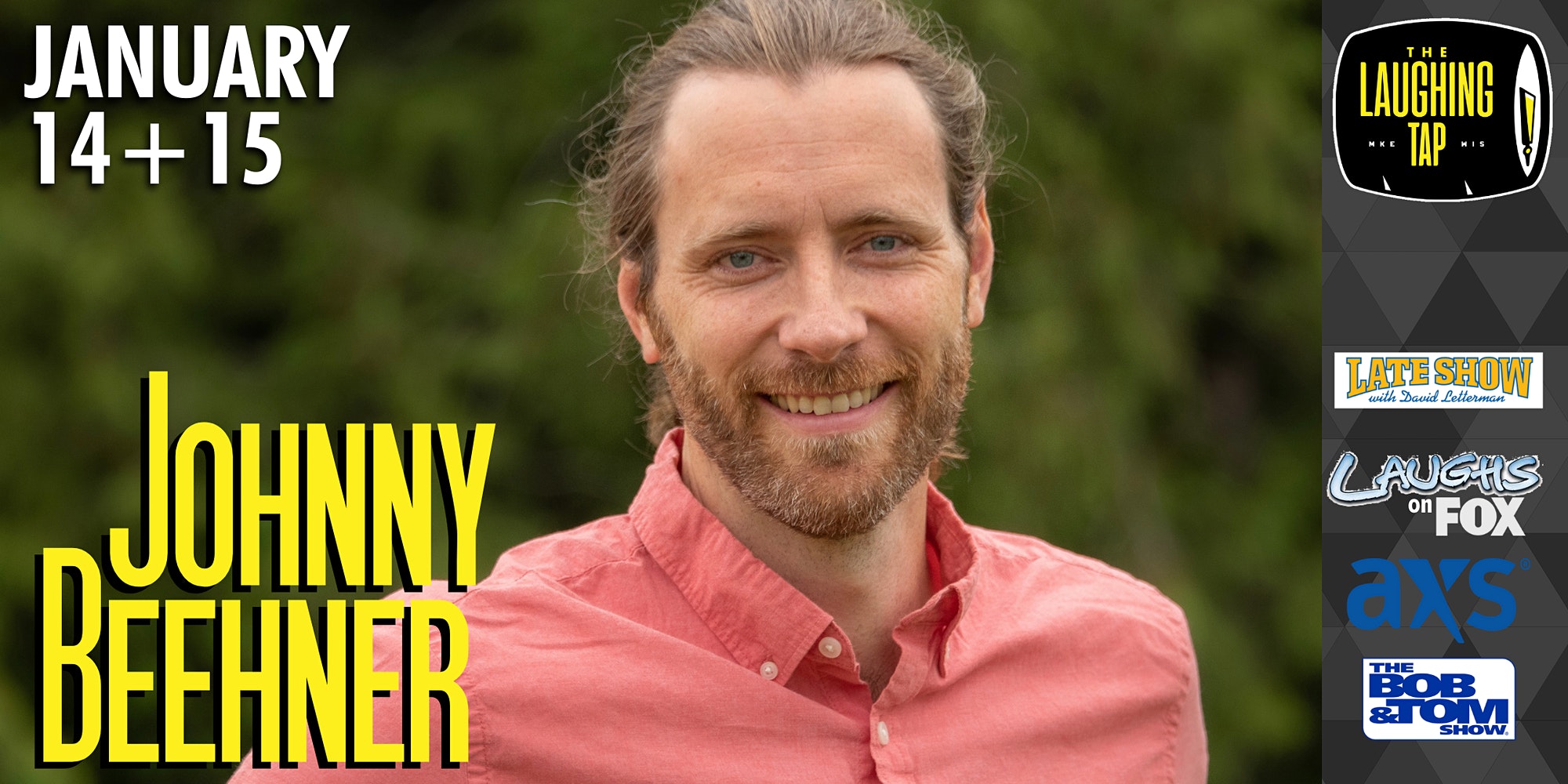 Johnny Beehner started his comedy career in Milwaukee, WI. He made his network television stand up debut on the Late Show with David Letterman in 2015. Johnny puts on a hilarious show. He’s got everything you want from a comic: He’s silly, he’s likable, and he’s fun. With a background in improvisational theater including training at Chicago’s prestigious Second City, as well as the Upright Citizens Brigade in Los Angeles, Johnny brings his own style to the stage.

He has made numerous appearances on the FOX “Laughs” television show, and regularly appears on the nationally syndicated Bob & Tom Show. His comedy can be heard regularly on XM/ Sirius Satellite radio. Johnny also recently appeared on “Gotham Comedy Live” on AXS tv. Other notable accomplishments of Johnny’s include winning First place in Comcast’s “Trial By Laughter” series, and being named one of Ricky Gervais’ Top 5 picks in the “Just Sayin” stand up contest.

Johnny was also recently named one of 2021’s Top 10 “Hot Comics to Watch” by his wife. She says that he would have a shot at the #1 spot if he would “work just a little bit harder.”

He’s a married man, a fantastic father, and his current life goal is to win just one argument with his beautiful wife.

The Laughing Tap requires proof of vaccination or a negative Covid test to attend our shows . This policy is for the safety of our guests, comics, and staff, and is inline with other venues in Milwaukee and NOT a political statement.