Kristen Toomey at The Laughing Tap 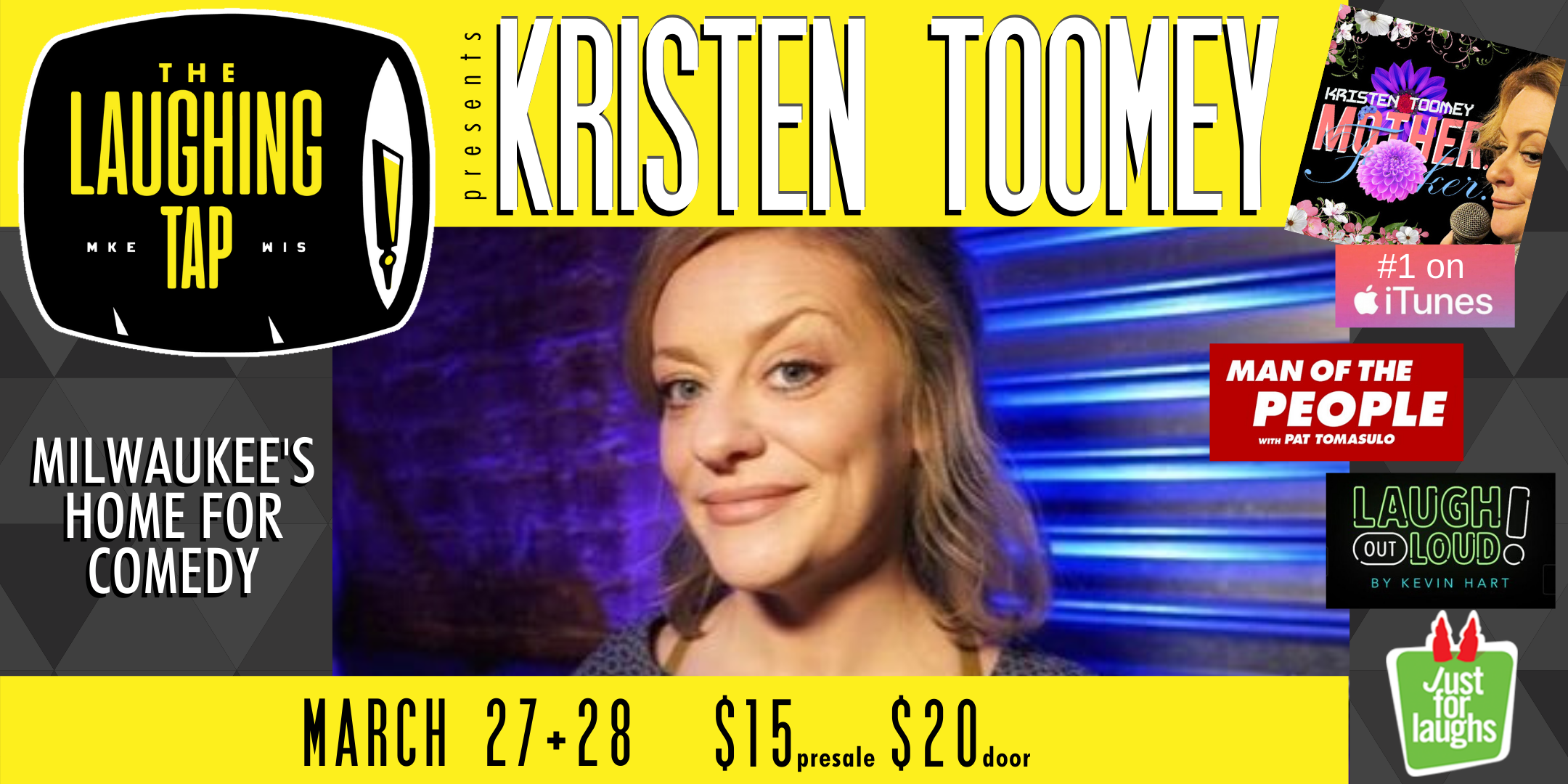 The incredible Kristen Toomey brings her expressive and truthful style of comedy to The Laughing Tap!

Kristen Toomey’s comedy career began in 2008 in Chicago. Since then she has performed in L.A., New York City and everywhere in between. Her commanding stage presence and energetic, expressive and truthful style of comedy are just a few of the reasons entertainment website, The A.V. Club, said, “Kristen Toomey is a Chicago original.”

Kristen has been a guest on journalist and author Dan Savage’s Savage Love Live and is a regular on the late-night comedy show Man of the People with Pat Tomasulo. She is an actress as well, most recently appearing on an episode of Chicago Med. She is the former co-host of the podcast BUTTHURT with Kristen Toomey & Danny Rhodes. You can also see & hear her on Kevin Hart’s LOL Network, WGN Radio 720, & NPR’s The 21st.

She has recently shared the stage with Saturday Night Live’s Chris Redd on his North American tour, Bert Kreischer & Nate Bargatze at the world renowned Chicago Theater, Eddie Pepitone at Schubas, & Michael Ian Black at Thalia Hall You can currently see her in her hometown of Chicago and around the Midwest.