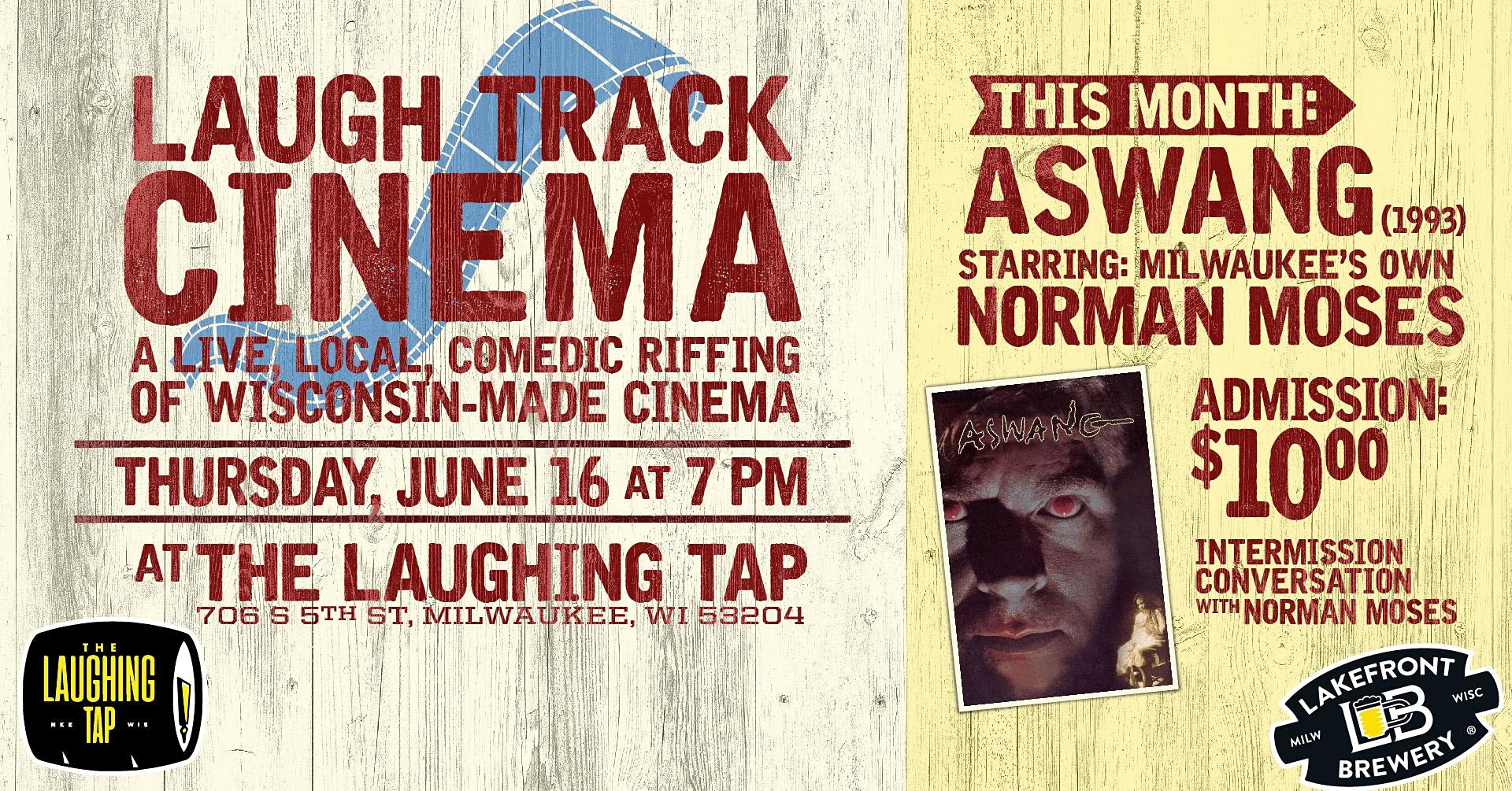 Laugh Track Cinema (formerly Movies on Tap) is a night of hilarious riffing on Wisconsin-made films!

A live, local, comedic riffing of Wisconsin made cinema. Join us for a night of comedy like no other! Area comics will entertain the audience with jokes and observations of a classic made for TV movie not unlike MST3K!

Starring local acting legend Norman Moses; Based on the mythical vampire-like creature that feeds on the unborn, a young, unwed, pregnant girl is made an offer she can’t refuse. Marry a rich man with a wealthy estate to please his dying mother, and she’ll be well taken care of. Needless to say, she is unaware of the family’s true nefarious plans.

More about this Event…

This low-budget horror was filmed in various locations throughout southeastern Wisconsin and features many actors (including original Violent Femmes drummer Victor DeLorenzo) from the Milwaukee theater group ‘Theater X.’

Aswang is a very effective and nightmarish film that eventually descends into campy undertones ripe for comedy riffing. Local comedians Kelsey Moses, Kaitlin McCarthy, and David Louis will helm the mics providing commentary and laughs throughout the evening with an intermission conversation with the film’s star Norman Moses.

Opened in January 2020 by Milwaukee Comedy LLC, the state’s #1 independent comedy show producers (The Milwaukee Comedy Festival, Keg Stand Up, Subjective: A Comedic Showing, A Dandy Comedy Show, and more!). The Laughing Tap presents the best in national, regional and local comedy!A full bar, featuring Milwaukee and Wisconsin Beers on Tap. Cash and Card accepted. One of the ONLY clubs in the country with NO DRINK MINIMUMS!Conveniently located on 5th Street in Walker’s Point. Street Parking available.laughingtap.com – @thelaughingtap – #laughingtapmke