Michael Palascak at The Laughing Tap! 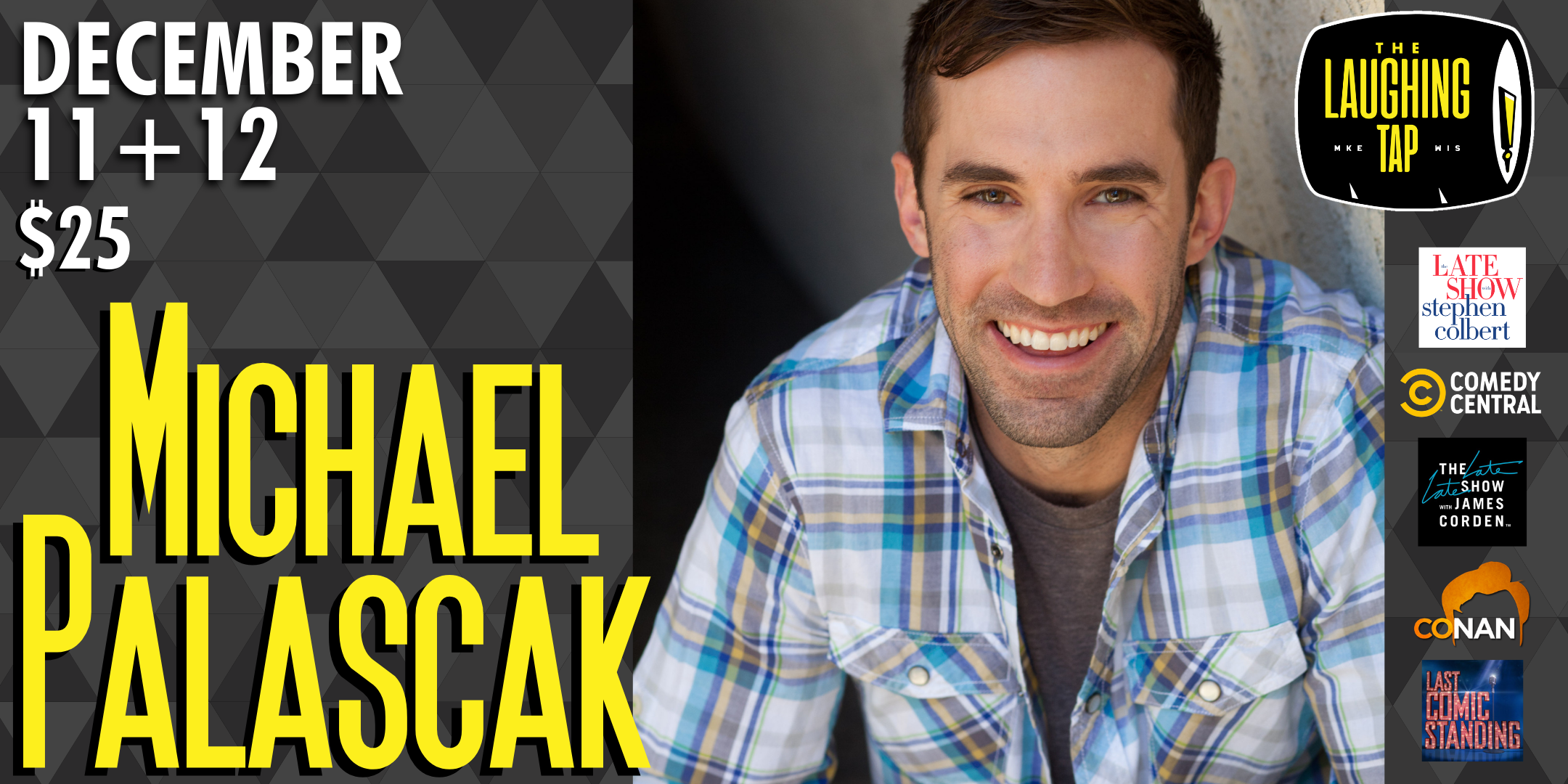 Milwaukee’s Home for Comedy is excited to present Michael Palascak!

Michael Palascak started performing stand-up comedy in college but kept it a secret. People would ask, “What are you going to do after you graduate?” He’d say, “I’m pretty sure my parents are taking me out to eat.” Michael’s career is definitely no secret now as he has appeared on A Little Late with Lilly Singh, The Late Late Show with James Corden, The Tonight Show, Letterman, Craig Ferguson, The Late Show with Stephen Colbert, Conan, has a Comedy Central half hour special, and was a Top 5 Finalist on Last Comic Standing where one judge claimed, “My first impression of Michael was a great likability. This is a guy that could star in a sitcom.” The Chicago Reader supports this view– “His charisma doesn’t hurt; neither does his affability. In a lot of ways, he represents the ideal antidote to the sort of unbridled cynicism that pervades much of contemporary stand-up.” The Internet seems to be taking notice as a re-released clip from his Comedy Central Half Hour recently topped 330,000 views on YouTube in less than three months. Michael’s upcoming special, Unsupervised Fun, will be available on Dry Bar this March.