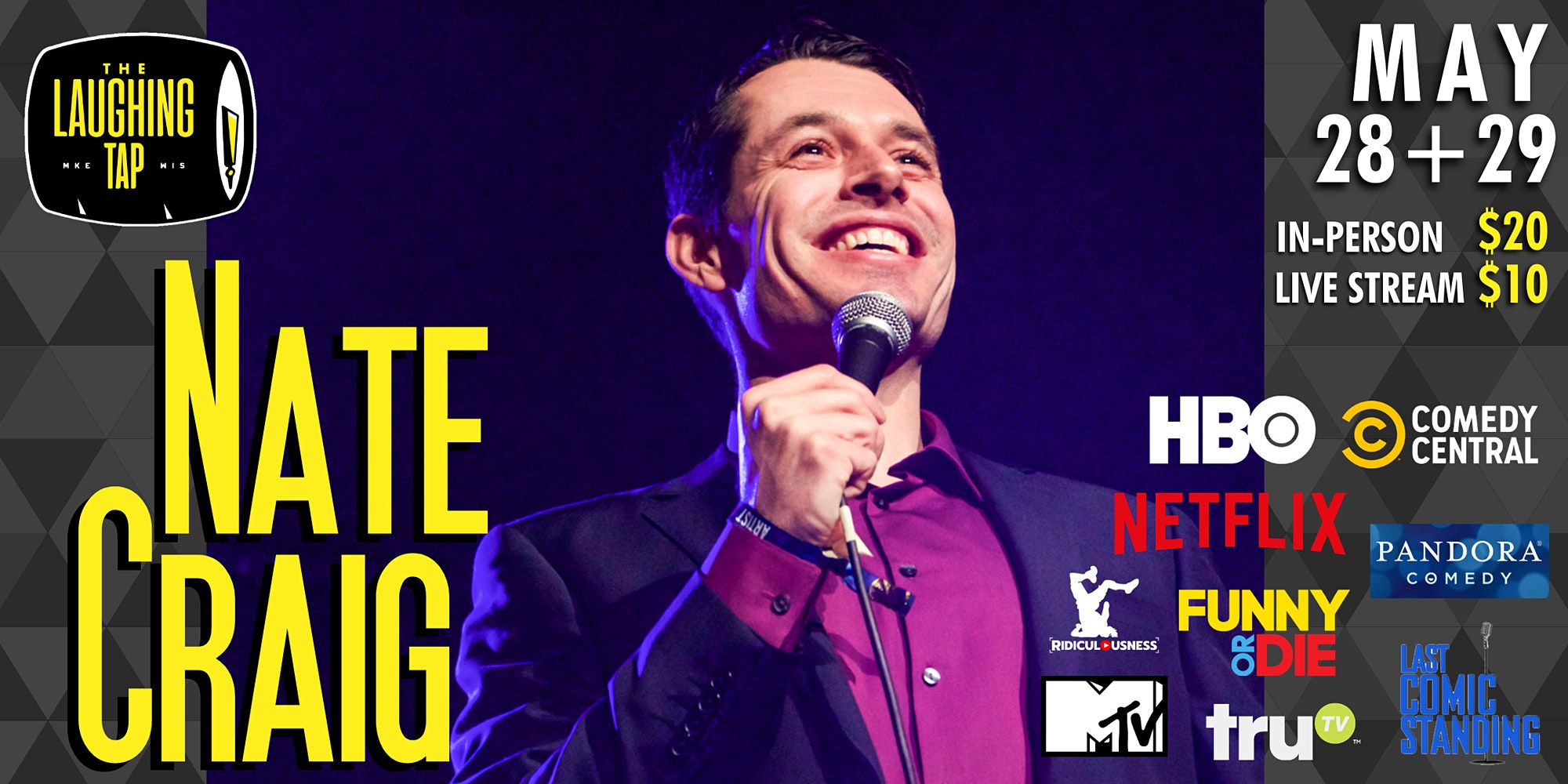 The hilarious Nate Craig returns to The Laughing Tap- In-Person and Live Streaming!
LATE NIGHT SHOWS ADDED DUE TO DEMAND!

Live stream details! If you purchase the Live Stream the day of the show, the link will be included in your order confirmation email. Otherwise, it will be emailed to you ONE HOUR BEFORE SHOWTIME . The live stream show will start at 8pm CST (10:15 for Late Shows on Friday and Saturday). The camera will be on a few minutes early so you can get comfy!