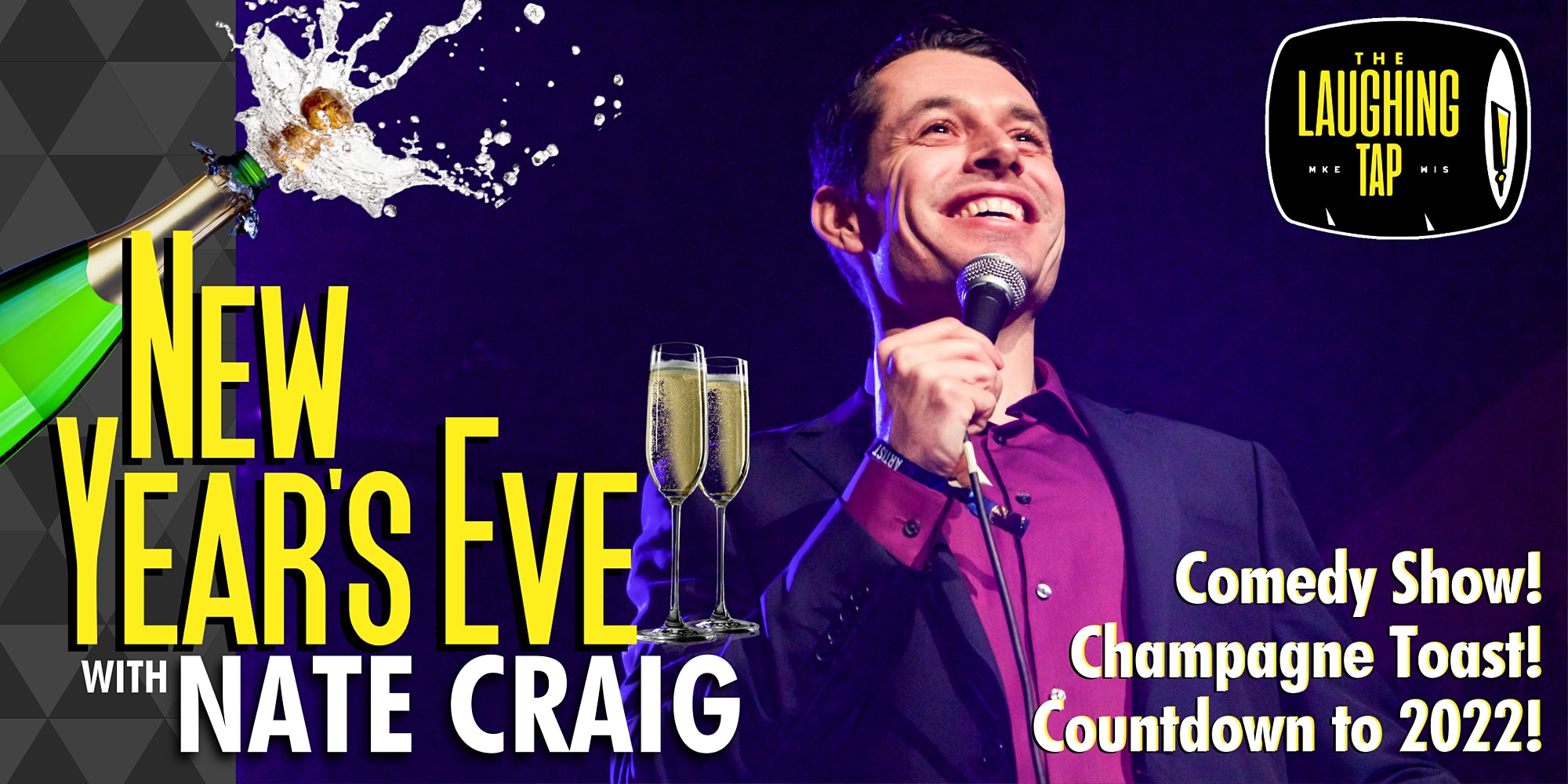 Ring in 2022 with a night of laughs and champagne at Milwaukee’s Home for Comedy, with headliner, Nate Craig (Comedy Central, Netflix, MTV)!

Celebrate New Year’s at Milwaukee’s Home for Comedy! Enjoy a hilarious night of comedy, with a champagne toast and a countdown! Yes, we’ll even countdown during the early show!