Nick Vatterott at The Laughing Tap 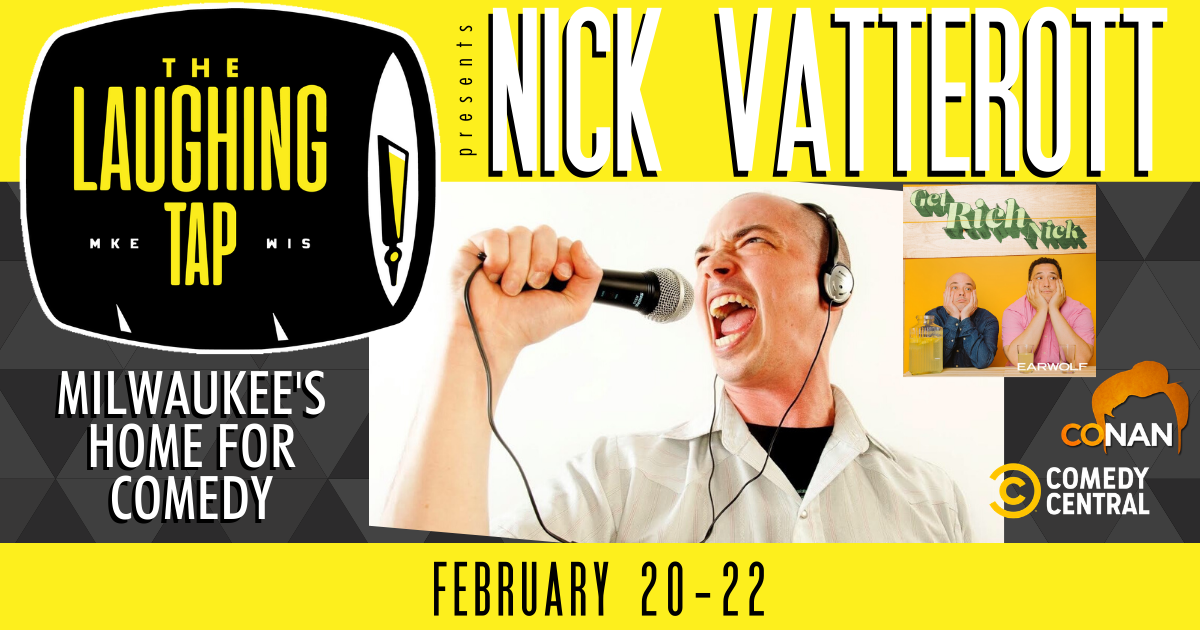 Nick Vatterott has performed on Conan, Late Night with Jimmy Fallon, Comics Unleashed, AXS TV, What’s Your F@%king Deal and has a Half Hour special on Comedy Central. Nick was a producer/writer/performer on Comedy Central’s stand-up sketch hybrid show Mash Up. He’s written for MTV, The Critic’s Choice Awards, Gorburger and Real Time with Bill Maher. His Comedy Central album ‘FOR AMUSEMENT ONLY’ was named one of the TOP TEN albums of the year by Vulture, Laughspin and Splitsider. Vulture named him one of The 50 Comedians you should know. He was the recipient of the prestigious Andy Kaufman Award and won a Webby for his podcast Heavyweight: A Sketch Show. He currently co-hosts the Get Rich Nick podcast on Earwolf which The Comedy Bureau listed on their best things in 2019 comedy.