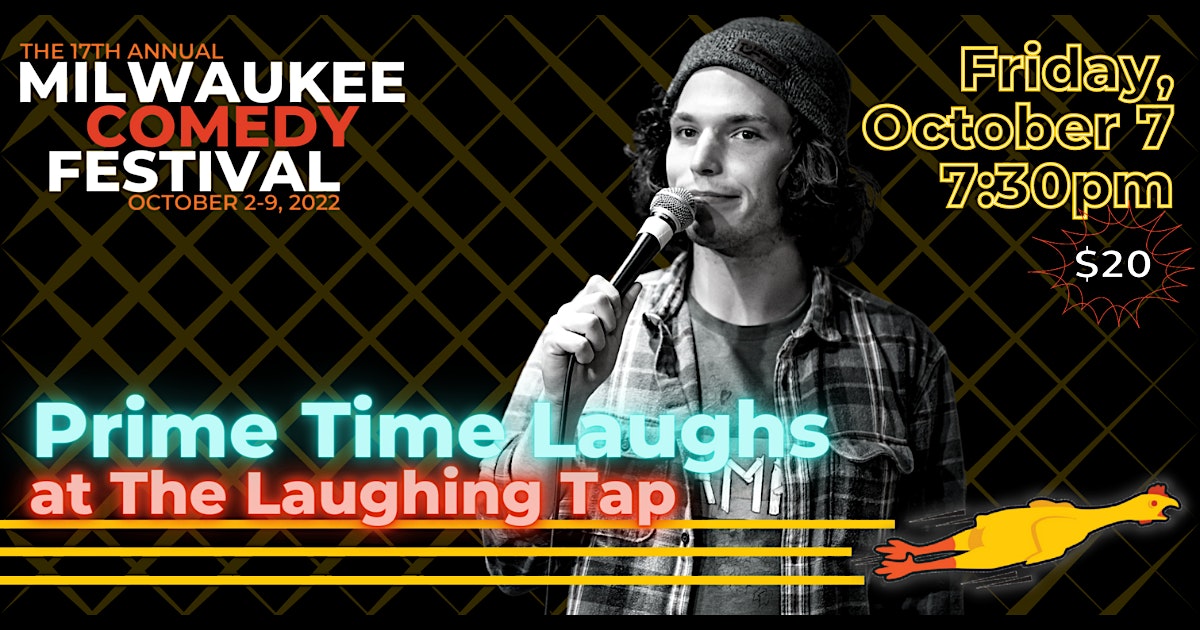 Get ready to enjoy some of the best in stand up comedy at the Friday early show!

One of the biggest nights in comedy – and it’s all happening at The Laughing Tap as part of the 2022 MKE Comedy Festival! It’s Friday night and you want to laugh your way into the weekend, so look no further than this stellar line up of stand up comedy! An incredible line of of comics including host Jon Torres (Chicago, IL), Abraham Tadesse (Seattle, WA), Tucker Millett (Chicago, IL), and headliner Darryl Charles (Baltimore, MD).

Prime Time Laughs at The Laughing Tap!
Doors and bar open at 6:30pm, show starts at 7:30pm.
Sales are final. No refunds, exchange only.