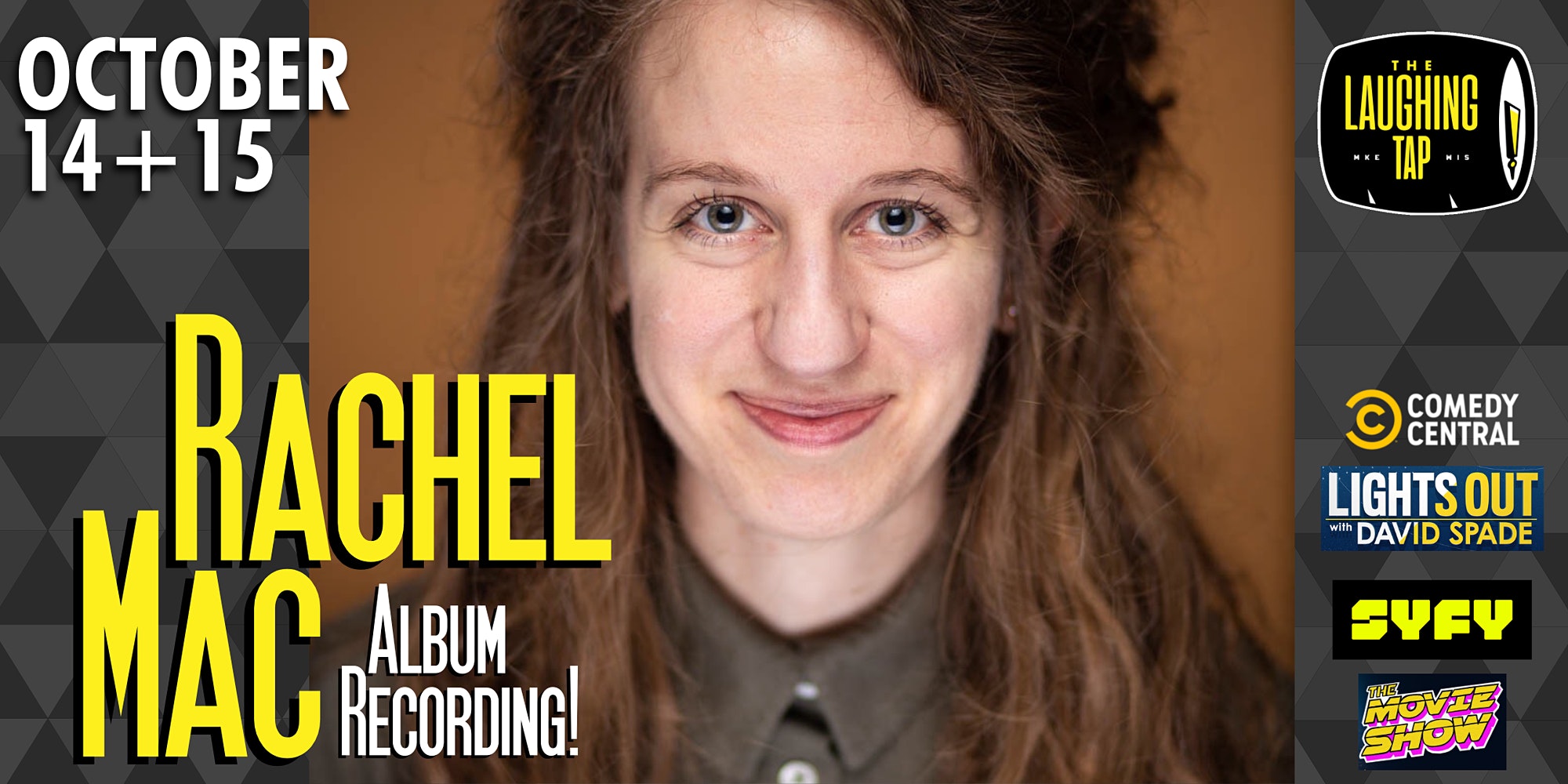 Rachel Mac is a writer and comedian currently based in Milwaukee after almost a decade of performing in Los Angeles. She is a Paid Regular at The Comedy Store and has been on Comedy Central’s Lights Out with David Spade, both doing stand-up and as a panelist. Rachel worked as a writer for The Movie Show, a late-night comedy sketch show on SyFy, which stars two puppets. She co-wrote and co-starred in an instagram sitcom, The MacBlakes. She is also, for better or worse, a middle school English teacher. She writes about comedy, teaching, and motherhood on her substack “A Star is Dying.”

*THIS IS A LIVE ALBUM-RECORDING*

Tickets are $20. Seating is limited.
7:30pm show, doors and bar open at 6:30pm
Ticket Sales are Final. No refunds, exchange only.