Ryan Mason at The Laughing Tap 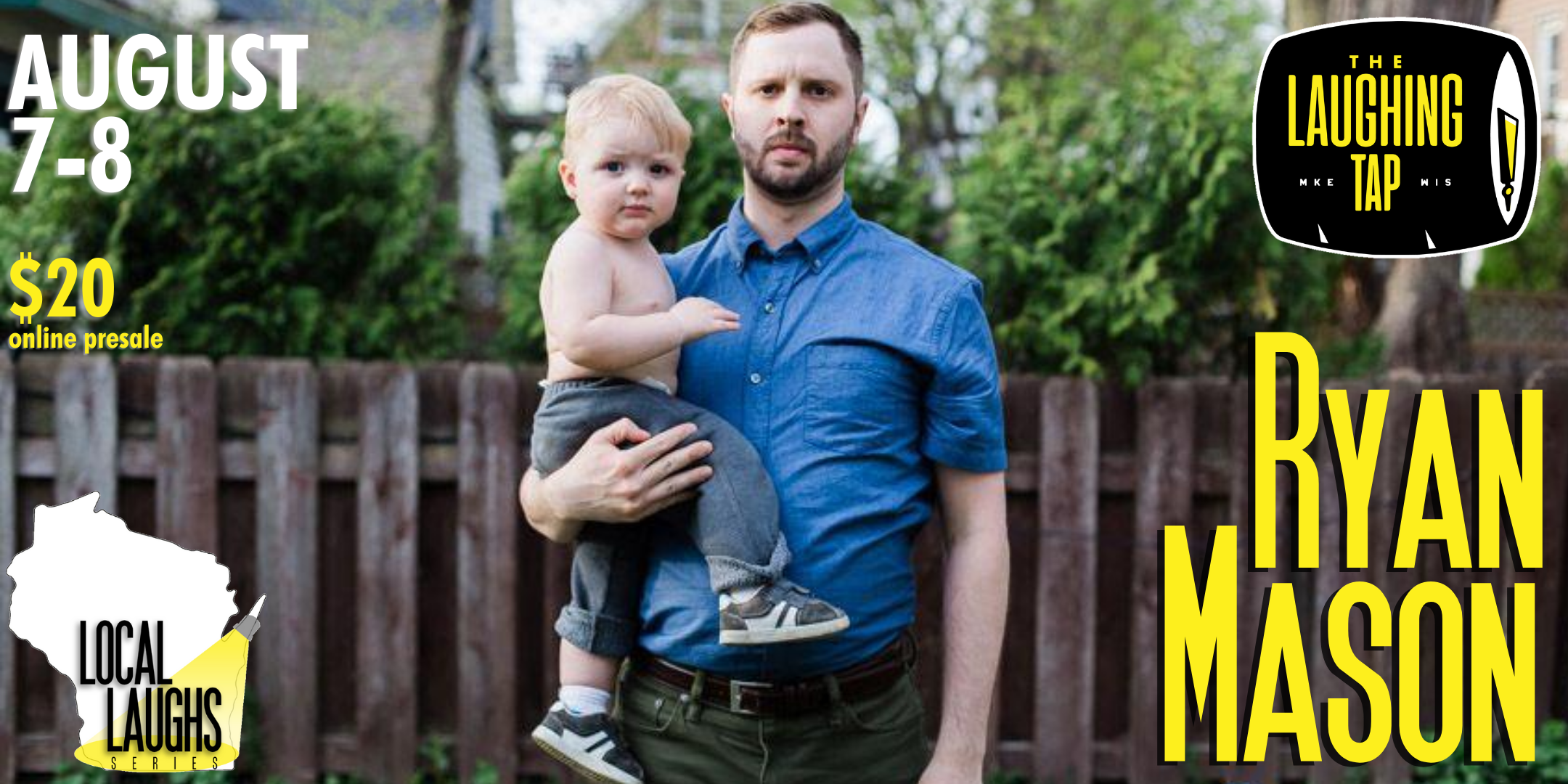 Tonights show is SOLD OUT!

A veteran of the Milwaukee comedy scene, Ryan Mason‘s comedy touches on his own experiences as a parent and interpretations of everyday absurdities. He is the winner of the Milwaukee’s Midwest Stand-up Competition and runner up in the Milwaukee Battle Royale Comedy Contest. Ryan has featured for some of the biggest names in comedy including Dennis Miller, Kumail Nanjiani, Brian Posehn, Joe Mande, Kevin Bozeman and Morgan Murphy. He has been a stand-up comic for 7 years and has performed throughout the Midwest and United States in all kinds of theaters, festivals (Memphis Comedy Fest, Milwaukee, and Cream City) and clubs (Comedy Café Milwaukee, Comedy Shrine Aurora, Jokerz Milwaukee, Comedy on State Madison). Ryan has also served as a house comedian for many of the major venues in Milwaukee including the historic Riverside Theater and Turner Hall.

Tickets are $20 and only available online.