Sean Patton at The Laughing Tap 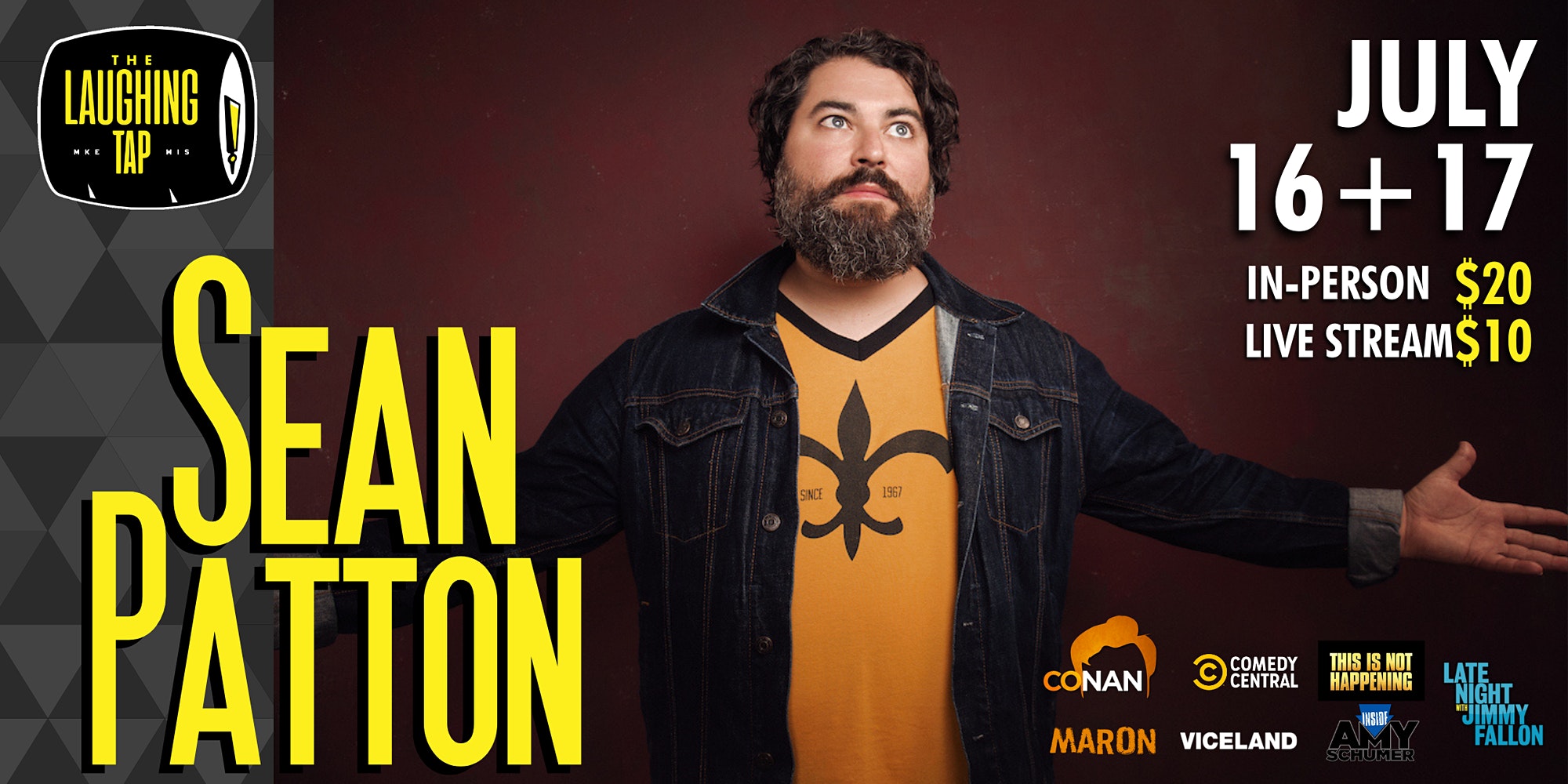 In 2019 he and co host Caitlin Cook launched their podcast 5 Words on the All Things Comedy network.

“I’ve seen him perform more than a dozen sets, and he’s killed every time. He’s dynamite, even with ordinary material, turning standard Brooklyn hipster jokes into a stomping, roaring tour de force, and elevating a bit about sex-performance anxiety into high-stakes comedy. […] He’s the rare comic who goes over as well in a comedy club as in a bar basement.” – New York Times

“ …a deceptively mesmeric ­talent, I found myself watching rapt between fits of eruptive laughter.” – The Scotsman

“There’s a lot of talk in comedy circles about club acts as opposed to festival ones – reliable joke-machines who can tame the rowdiest rooms compared to the artier, slower-burn types with stories and ideas that demand and reward attention. Well, in Sean Patton you get both… he’s the sort of comedian who puts the ‘art’ in ‘fart’.” – Chortle

Live stream details! If you purchase the Live Stream the day of the show, the link will be included in your order confirmation email. Otherwise, it will be emailed to you ONE HOUR BEFORE SHOWTIME . The camera will be on a few minutes early so you can get comfy!

– Failure to comply with these policies will result in denied entrance and/or being asked to leave the venue. No refund will be given if tickets have been purchased.