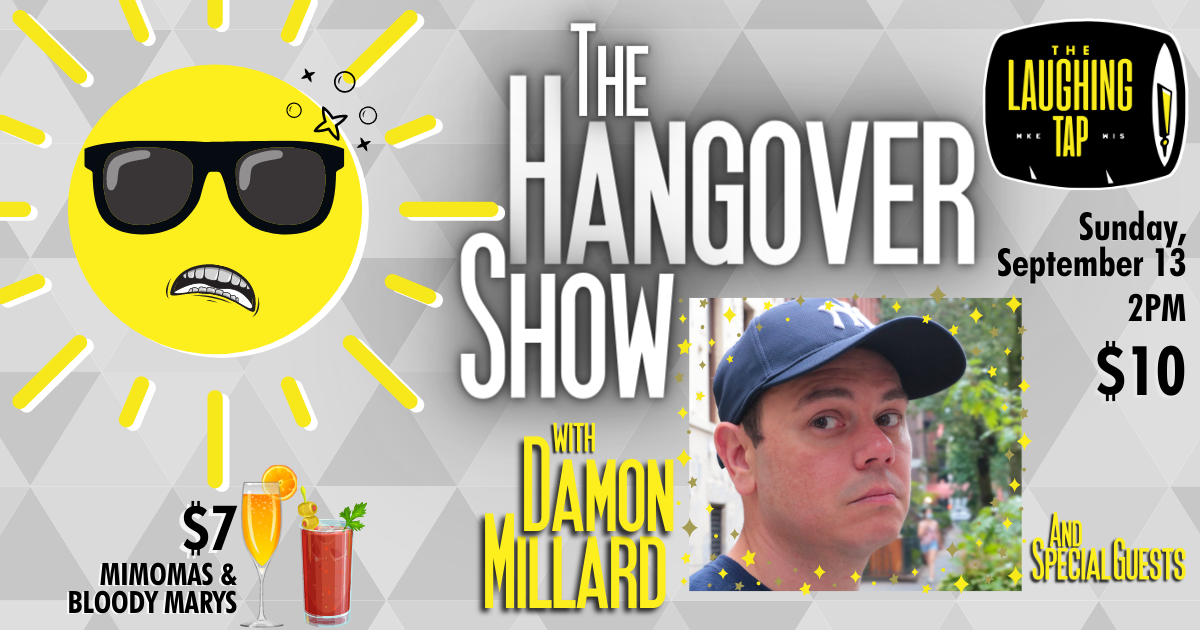 Join us for some great live comedy (socially distanced of course!) and Bloody Mary’s for this special afternoon comedy event! 8 hilarious comics will take the stage and the best part is tickets are only $10 and mixed drinks, bloody marys and all beer is $1 off! Nurse that hangover with some laughs and some tasty drinks! Seating is limited.

Tickets are $10 and only available online.