The Hangover Show! at The Laughing Tap 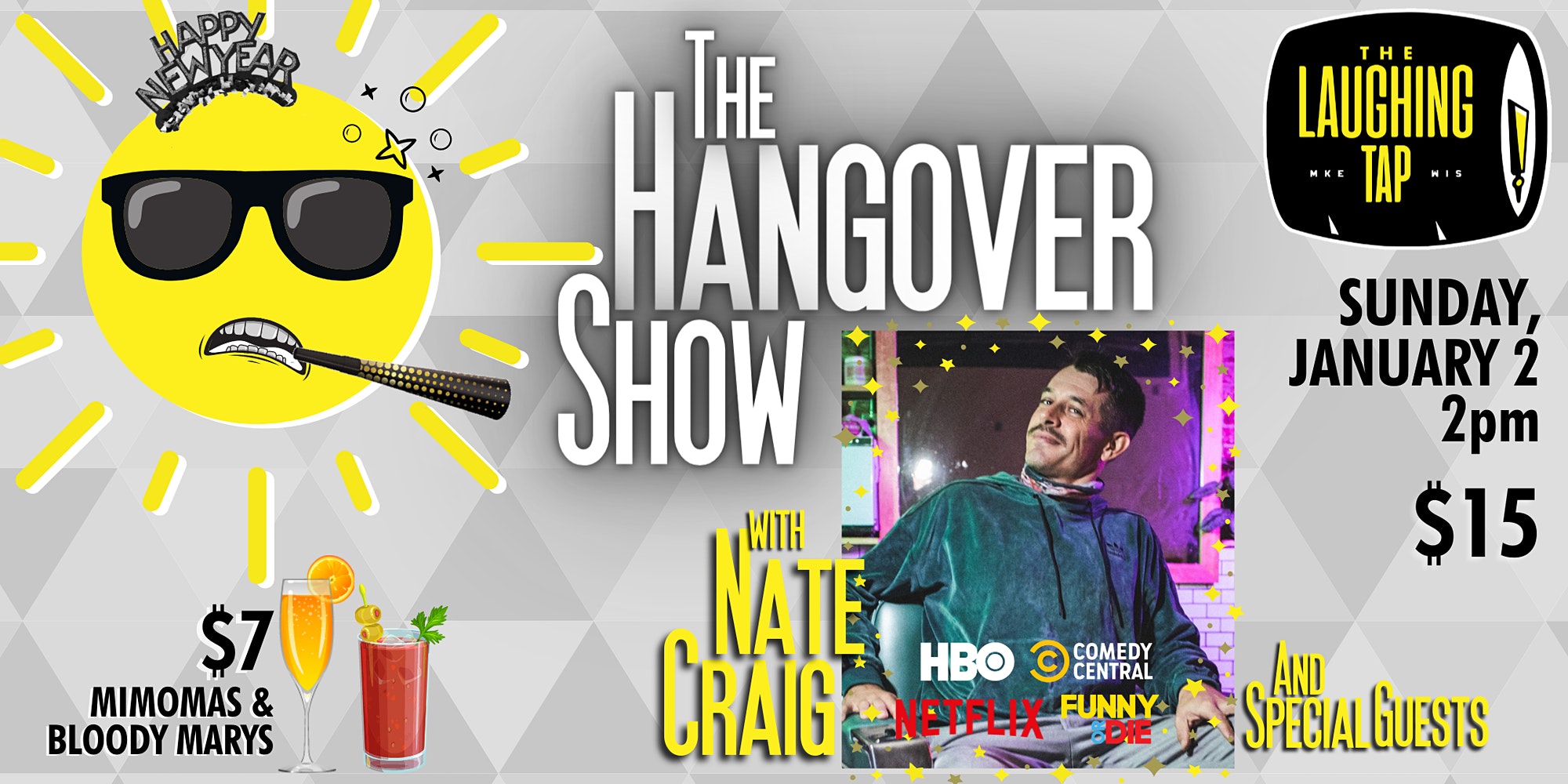 Help cure that New Years hangover with some laughs and tasty drinks at Milwaukee’s Home for Comedy!

Join us for a hilarious live comedy showcase and Bloody Marys & Mimosas for only $7 bucks and $1 off all tap beer!! Come out for a great afternoon of laughs at The Laughing Tap! Featuring the hilarious Nate Craig and special guests!

Seating is limited. Tickets are only $15!

Nate Craig is an internationally-touring headliner and regular at The Hollywood Improv, The NY Comedy Cellar, and Largo (LA) among others. Nate plays “Phil” in the Netflix series “Maniac” and was a cast member on TruTV’s “World’s Dumbest”. He was recently featured on Season two of Comedy Central’s “Roast Battle” and AXS Gotham Comedy Live. Nate has appearances on Comedy Central’s Tosh.0 and “Mash-up”, which he also wrote for. He’s written for 3 seasons of “Ridiculousness” on MTV and his album Nate Craig “Eggshell” debuted in the Pandora “Comedy Spotlight” at Pandora.com.Nate has been featured at the Bridgetown, RIOT LA, and HBO Las Vegas Comedy Festivals, and has headlined the “Laugh Your Asheville Off” and “San Francisco Comedy and Burrito Festivals”. He’s been on “You Made it Weird” with Pete Holmes, has written for “A Prairie Home Companion” with Garrison Keillor, and was featured on the “Best of the Bob & Tom Radio Show”. He does theater tours with Bill Burr, headlines all over the country and has multiple full length comedy albums available on iTunes and everywhere else.

The Laughing Tap requires Proof of Vaccination OR a Negative Covid Test to attend our shows. This policy is for the safety of our guests, comics, and staff, and is inline with all other major venues in Milwaukee.