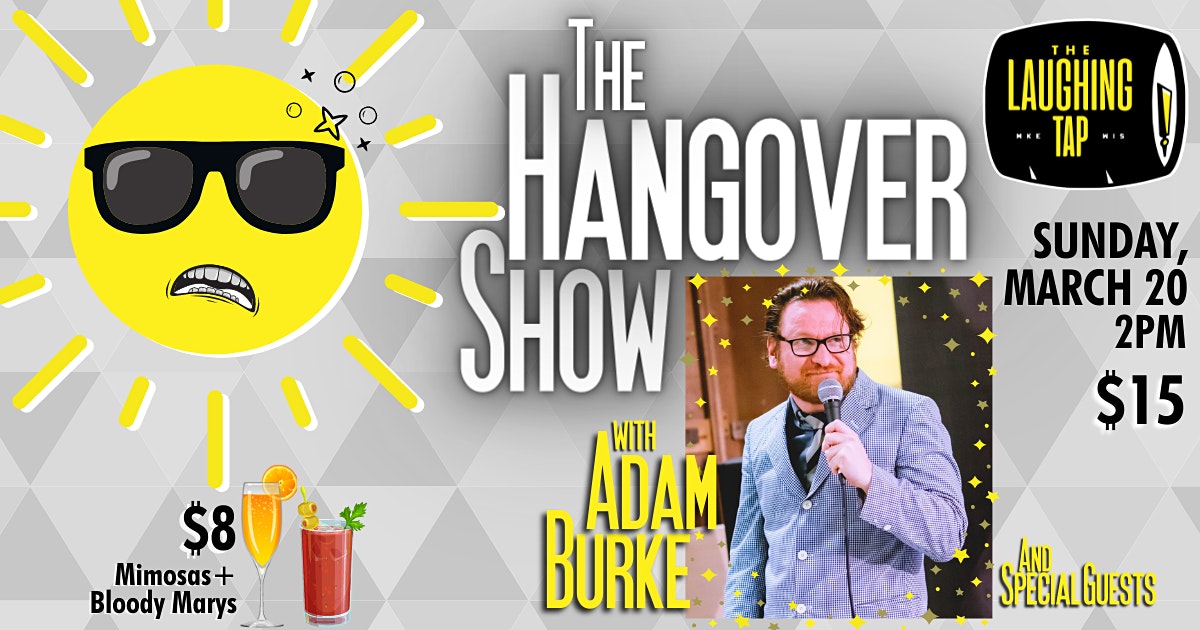 A hilarious afternoon of comedy and cocktails, exclusively at The Laughing Tap!

Join us for a hilarious live comedy showcase along side Bloody Mary & Mimosas on special!! Come out for a great afternoon of laughs at The Laughing Tap! This month featuring the hilarious Adam Burke and special guests!

Vaccine or Negative Test is required
Seating is limited. Tickets are only $15!
Doors open at 1pm / show at 2pm

Originally from the County Armagh in Ireland (by way of Australia, London and Dallas…long story), Adam Burke is a comedian who performs throughout the Midwest and beyond. He is a regular panelist on NPR’s topical news quiz Wait Wait Don’t Tell Me. Adam was also a writer for WGN’s weekly comedy show Man of the People, and has appeared on numerous podcasts and radio shows including Doug Loves Movies, Put Your Hands Together, and many more. Voted Best Standup by readers of The Chicago Reader in 2014, he was also the winner of Second City’s Up Next Comedy Competition. He appeared at numerous festivals including Bridgetown Comedy Portland OR, Just for Laughs Chicago (four years running), and the local stage of Funny Or Die’s Oddball Comedy Festival. He released his debut album Universal Squirrel Theory on A Special Thing Records in 2012.

The Laughing Tap requires Proof of Vaccination OR a Negative Covid Test to attend our shows. This policy is for the safety of our guests, comics, and staff, and is inline with all other major venues in Milwaukee.