Vik Pandya at The Laughing Tap 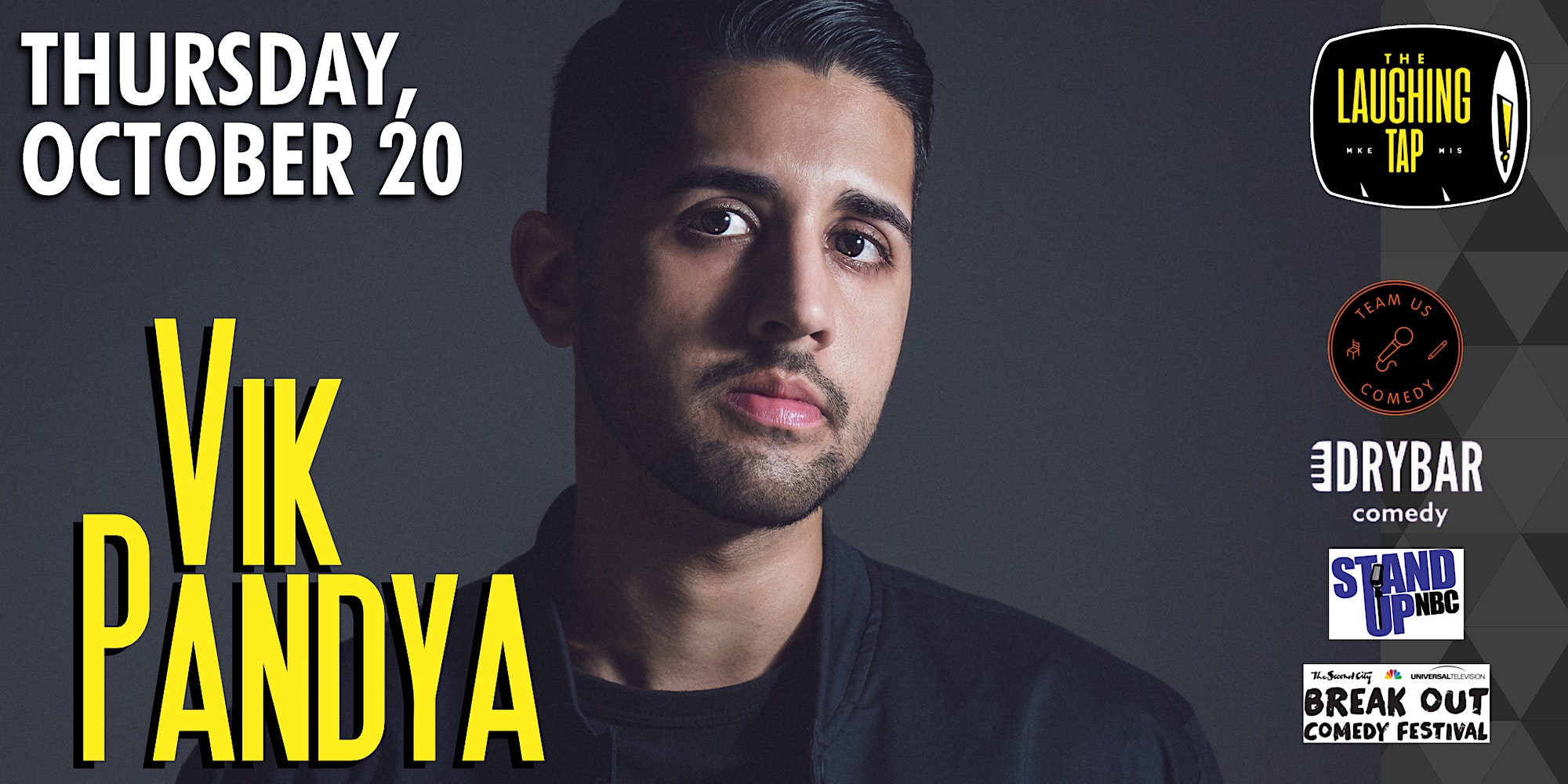 Vik Pandya is a nationally touring stand up comic based in Chicago. Known for his sharp self-deprecation, observational humor on dating, & hilarious crowd work, his comedy album ‘Friends With 401(k) Benefits’ debuted #1 on iTunes / Top 10 on the Billboard Charts and his Dry Bar Comedy special ‘No Refunds’ is now streaming!

In-person tickets are $20. Seating is limited.
Bar and Doors open at 6:30. Show begins at 7:30.
Ticket Sales are Final. No refunds, exchange only.

More about Vic…
Vik has opened for both Roy Wood Jr. & Michelle Wolf and performs regularly at Zanies Comedy Club, The Laugh Factory, & The Improv in Chicago. He’s been featured in 17 comedy festivals across the country including the prestigious San Francisco’s Sketchfest (2020) and NBC’s Breakout Comedy Festival (2018).