Whitney Chitwood at The Laughing Tap 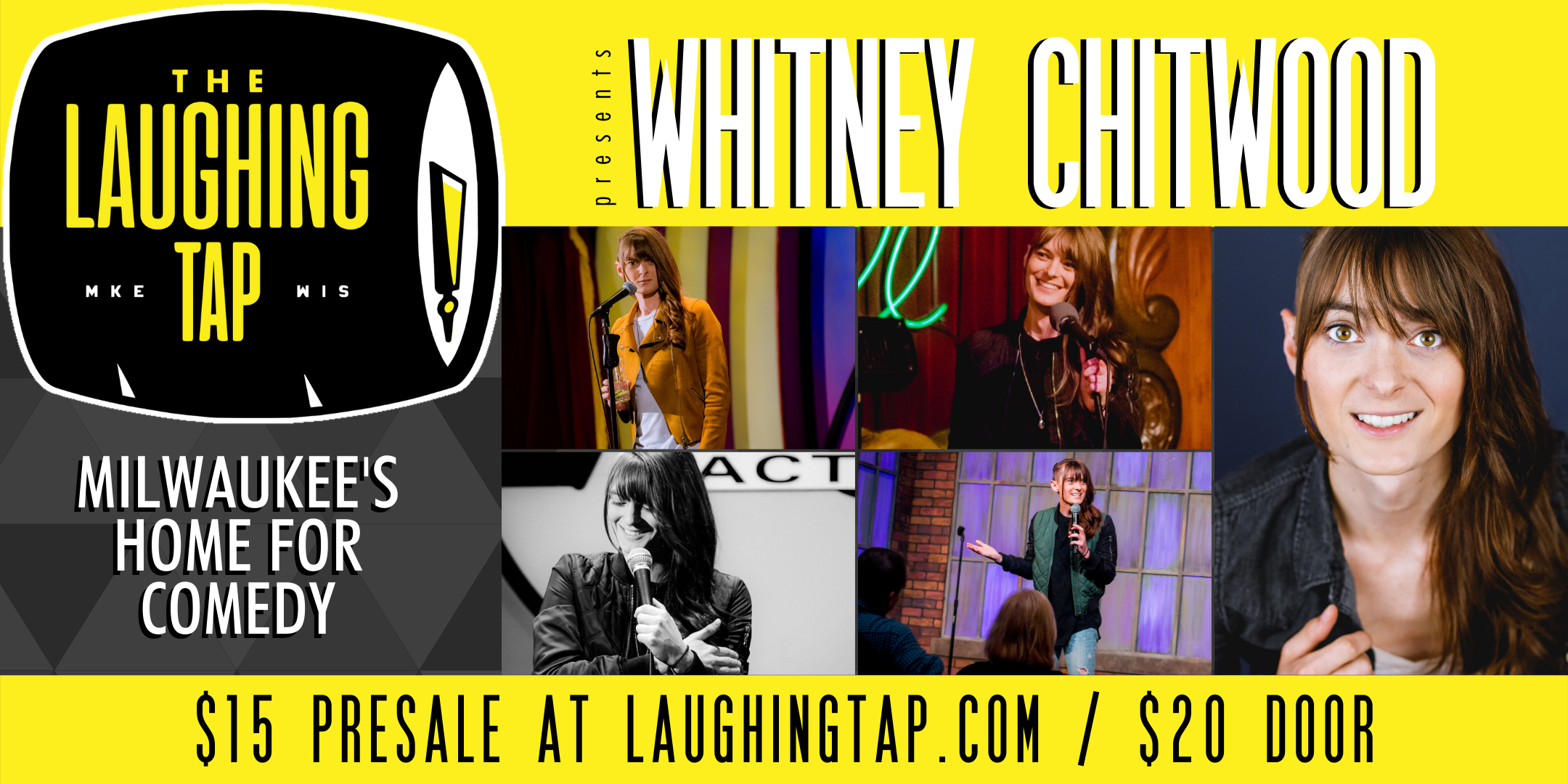 Whitney Chitwood is a Chicago-based, nationally touring standup comedian & a lesbian squirrel in a shoebox who was recently called “Inspiring!” by the incomparable Maria Bamford. Whit’s debut standup album “The Bakery Case” (Stand Up! Records) premiered at number 1 on the iTunes and Amazon comedy charts, was played in its entirety twice by Sirius XM, and was in the Top 10 on the Billboard Comedy Charts!

In Chicago, Whit headlines shows constantly and is a regular at the Laugh Factory and Zanies. She’s been the requested opener for the likes of Rhea Butcher, Adam Conover, Guy Branum, Greg Behrendt (“I want to say, see Whitney Chitwood while you can see her on the cheap, because she’s headed somewhere.”), and the great Eddie Pepitone (“Whitney Chitwood is one of my favorite comics everyone should know.”) Additionally, Whit has been featured on MoveOn.org and is a frequent contributor to The Paper Machete at Chicago’s Green Mill, as well as OUT Chicago on WCPT.

Nationally, Whit headlines tours such as “Is This Us? Are We Here? Comedy Tour?” and “Never Look A Horsegirl In The Mouth”, as well as festivals like Altercation Comedy Festival (TX), Yuck Fest (IN), Southwest Chief Comedy Festival (CO). She’s been featured at clubs like the Hollywood Improv and The Comedy Store; festivals like Riot LA, 208 Comedy Festival, and SF Sketchfest; and shows like UnCabaret and “Put Your Hands Together”.

In case you were wondering, Whitney is what happens when a child spends 1/4 of her time on a farm, 1/4 of it at her father’s theatre, 1/4 at her mother’s theatre, and 1/4 alone daydreaming about marrying Alyssa Milano’s character, Phoebe, from Charmed.

Chicago Reader said Whitney leaves you “laughing until you can’t catch your breath every single time.”

“The Bakery Case” can be purchased on iTunes & Amazon